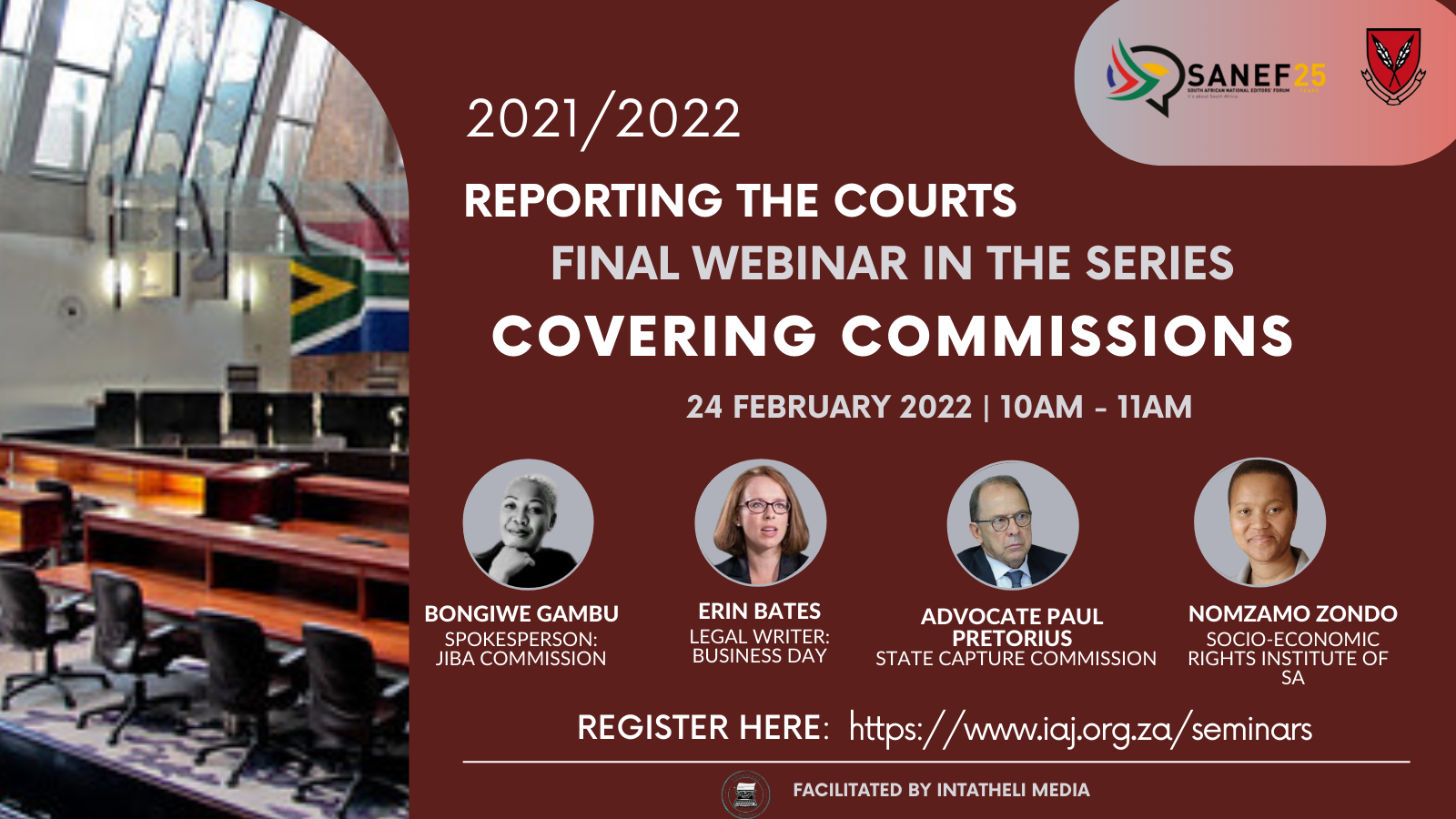 In February, SERI’s Nomzamo Zondo participated in a webinar panel discussion on media coverage of commissions in South Africa. The webinar was the last in the webinar series entitled ‘Reporting the Courts’ jointly hosted by the South African Editors Forum and the Institute for the Advancement of Journalism. Nomzamo spoke alongside Bongiwe Gambu (spokesperson for the Jiba Commission); Erin Bates (legal writer for the Business Day) and Advocate Paul Pretorius (State Capture Commission). The aim of the webinar series was to accompany the relaunch of the Reporting the Courts Manual.

Nomzamo reflected on SERI's experience of participating in the Marikana Commission of Inquiry, representing the families of the miners killed. In her inputs, Nomzamo discussed the importance of ensuring that the public is kept abreast of developments in Commissions to ensure greater public scrutiny, transparency and to justify the use of public funds. For example, the Marikana Commission of Inquiry cost the public R153 million. She emphasised the need for media coverage of commissions to centre victims in any ongoing investigations and reporting and to keep victims on the public agenda. Nomzamo also discussed the importance of adopting a 'long-haul' approach and for media houses to invest in consistent attendance by journalists and not just the attendance of headlining testimony, to build vast public knowledge of the range of matters considered by a particular Commission. She argued that consistent attendance helps to create trust and build relationships with victims groups.