[WORKSHOP] SERI hosts a workshop on assisting domestic workers to claim from the Compensation Fund (15 March 2022).

Domestic workers have been included in Compensation for Occupational Injuries and Diseases Act 130 of 1993 (COIDA) since 19 November 2020 when the Constitutional Court handed down an order in Mahlangu v Minister of Labour, declaring the constitutional invalidity of section 1(xix)(v) of  COIDA which excluded domestic workers employed in private households from the definition of "employee", precluding them from claiming from the Compensation Fund for work-related injuries, illnesses or death. The Court also ruled that the order of constitutional invalidity is to have immediate and retrospective effect from 27 April 1994, which means that those domestic workers and dependants who have experienced work-related injuries, diseases or death as far back as 27 April 1994 are also able to submit their claims.

The purpose of the workshop was to build understanding around COIDA, the claiming process and to identify the steps needed to be taken when assisting domestic workers with their claims. The workshop began with a presentation on COIDA, what constitutes an occupational injury, who can lodge a claim and the implications of the Mahlangu judgment by SERI candidate attorney, Tebogo Tshehlo, followed by a step by step overview of the claiming process by SERI researcher Kelebogile Khunou and SERI candidate attorney Asenati Tukela. Throughout the workshop the domestic worker representatives presented active cases and shared their experiences assisting domestic workers with COIDA claims. SERI senior attorney Thulani Nkosi, who has been involved in the Mahlangu case since its inception and has been involved in the processing of Ms Sylvia Mahlangu’s retrospective claim, shared his own experience and led the question and answer portions of the workshop.

The joint experiences of the respective organisations highlighted several issues in implementing the Mahlangujudgment:

At the end of the workshop all the participants expressed that their understanding of COIDA, the Mahlangujudgment, and the steps they need to take to assist a domestic worker with a potential claim, had advanced significantly. 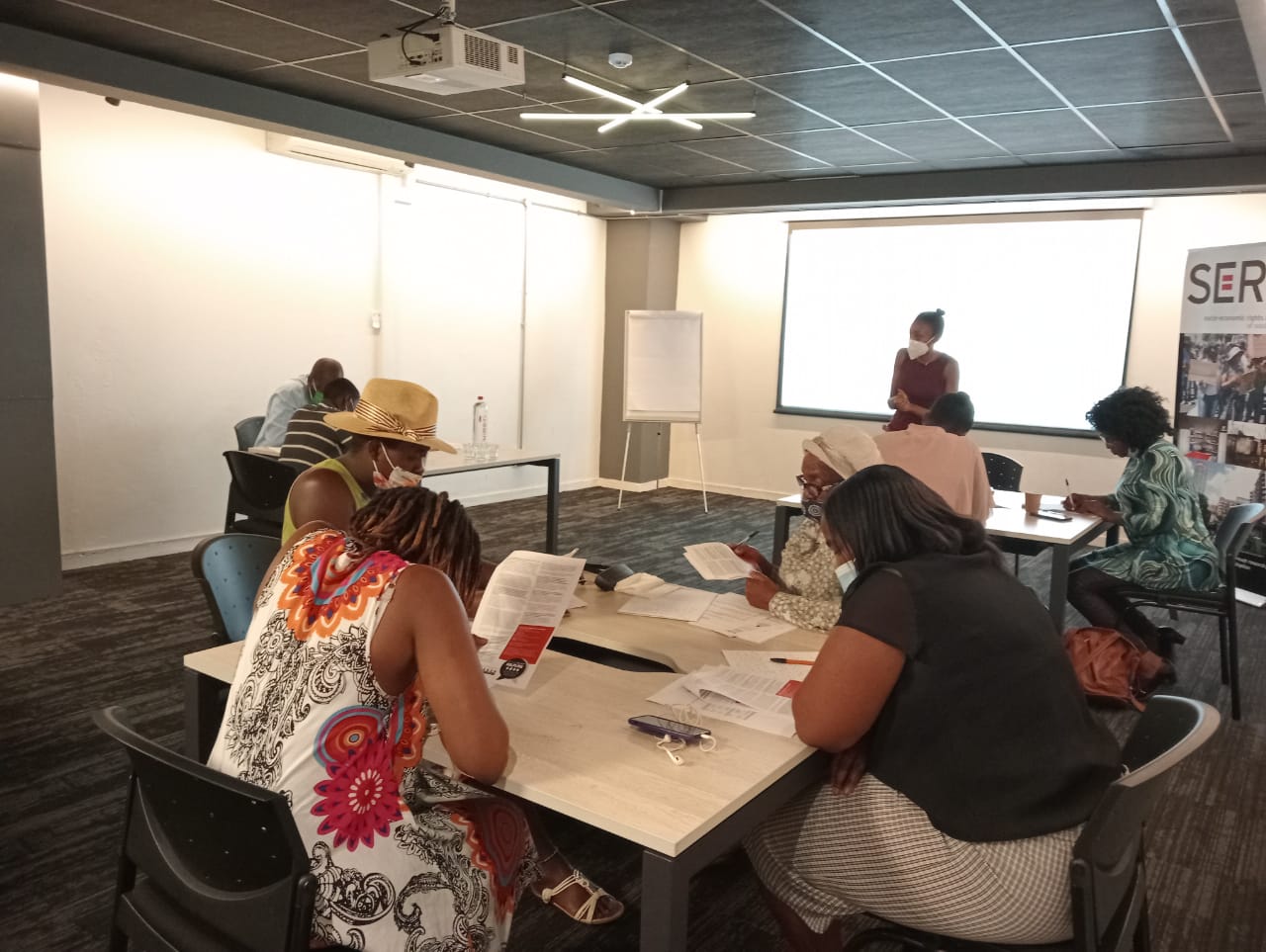 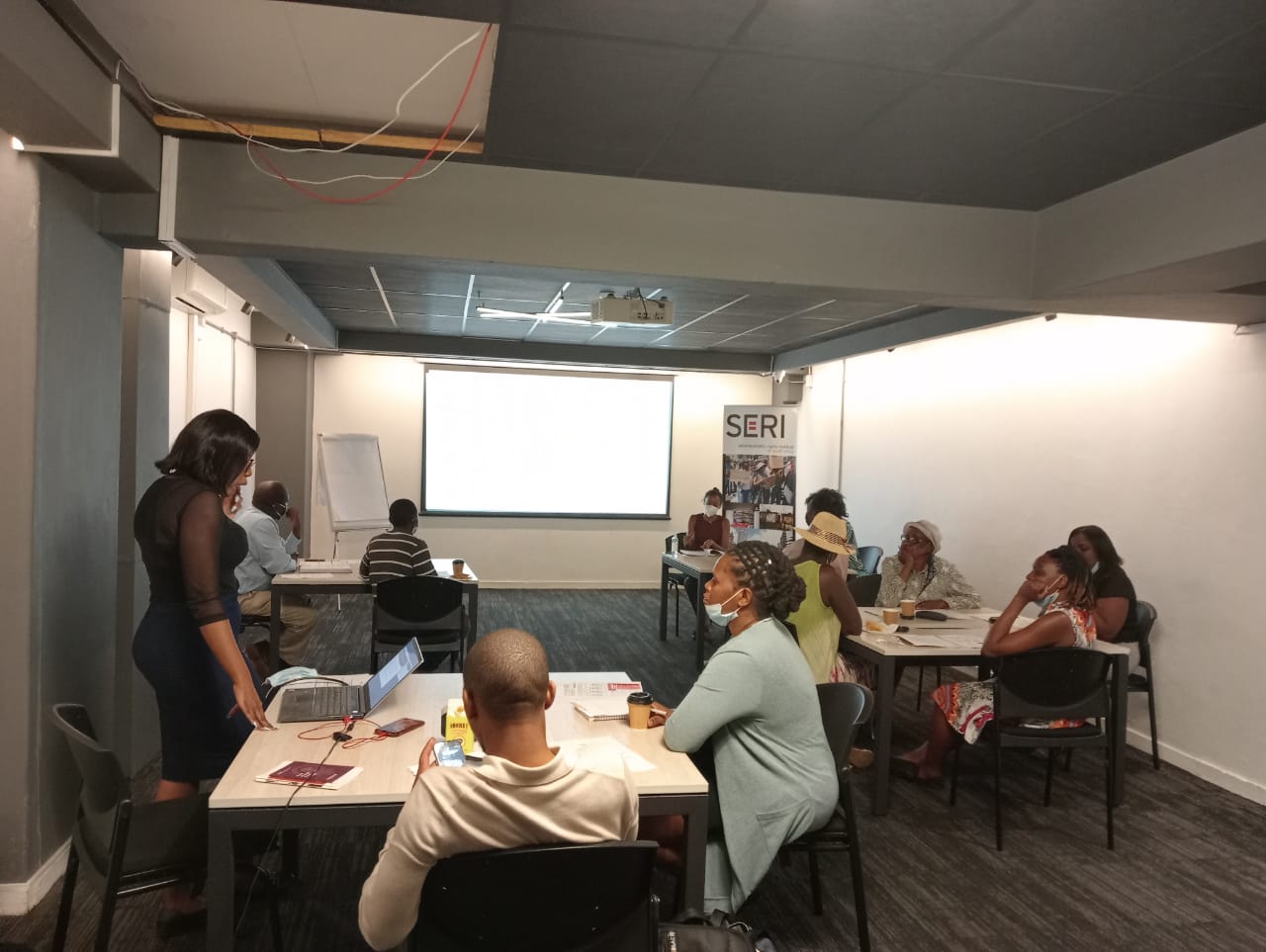