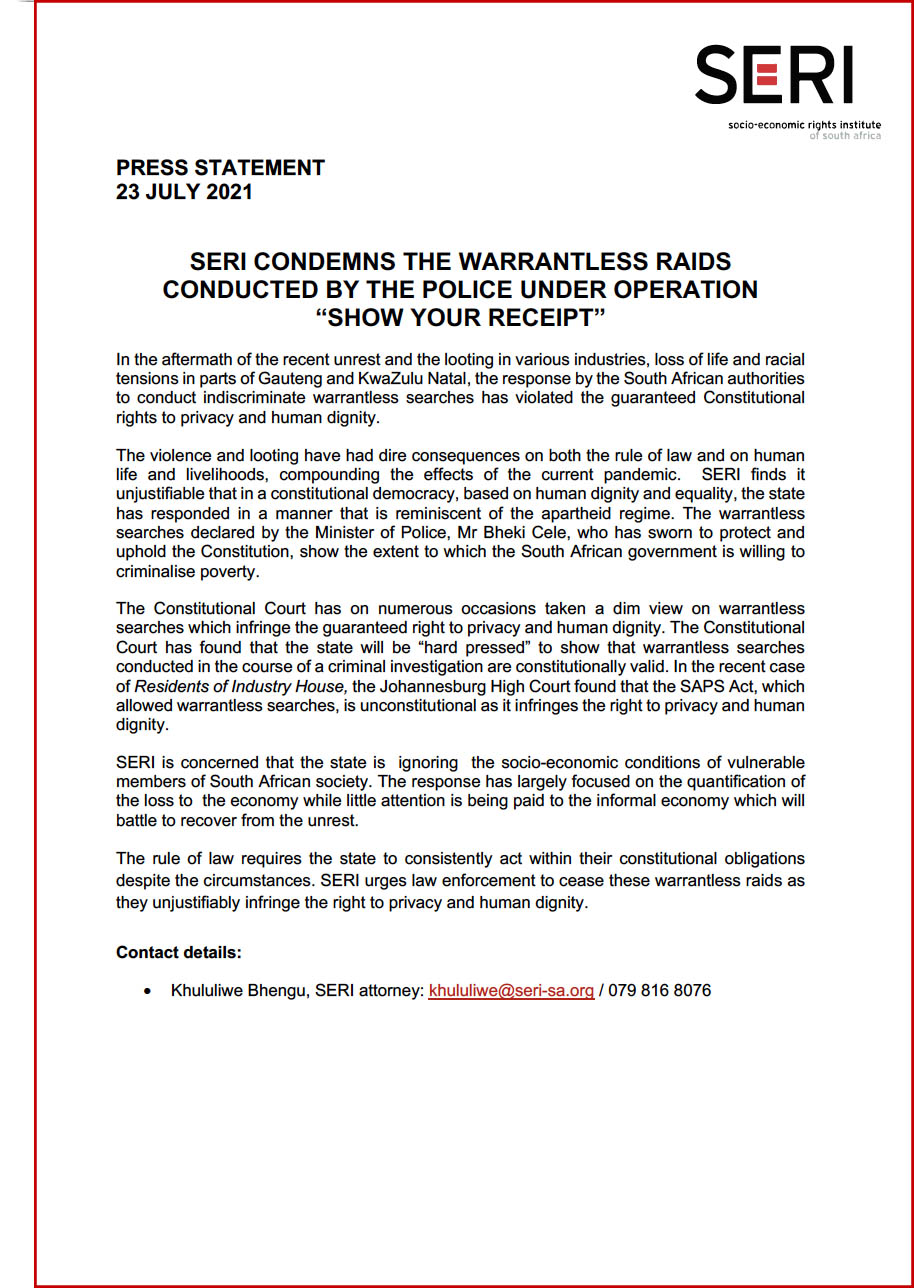 In the aftermath of the recent unrest and the looting in various industries, loss of life and racial tensions in parts of Gauteng and KwaZulu Natal, the response by the South African authorities to conduct indiscriminate warrantless searches has violated the guaranteed Constitutional rights to privacy and human dignity.

The violence and looting have had dire consequences on both the rule of law and on human life and livelihoods, compounding the effects of the current pandemic.  SERI finds it unjustifiable that in a constitutional democracy, based on human dignity and equality, the state has responded in a manner that is reminiscent of the apartheid regime. The warrantless searches declared by the Minister of Police, Mr Bheki Cele, who has sworn to protect and uphold the Constitution, show the extent to which the South African government is willing to criminalise poverty.

SERI is concerned that the state is  ignoring  the socio-economic conditions of vulnerable members of South African society. The response has largely focused on the quantification of the loss to  the economy while little attention is being paid to the informal economy which will battle to recover from the unrest.

The rule of law requires the state to consistently act within their constitutional obligations despite the circumstances. SERI urges law enforcement to cease these warrantless raids as they unjustifiably infringe the right to privacy and human dignity.