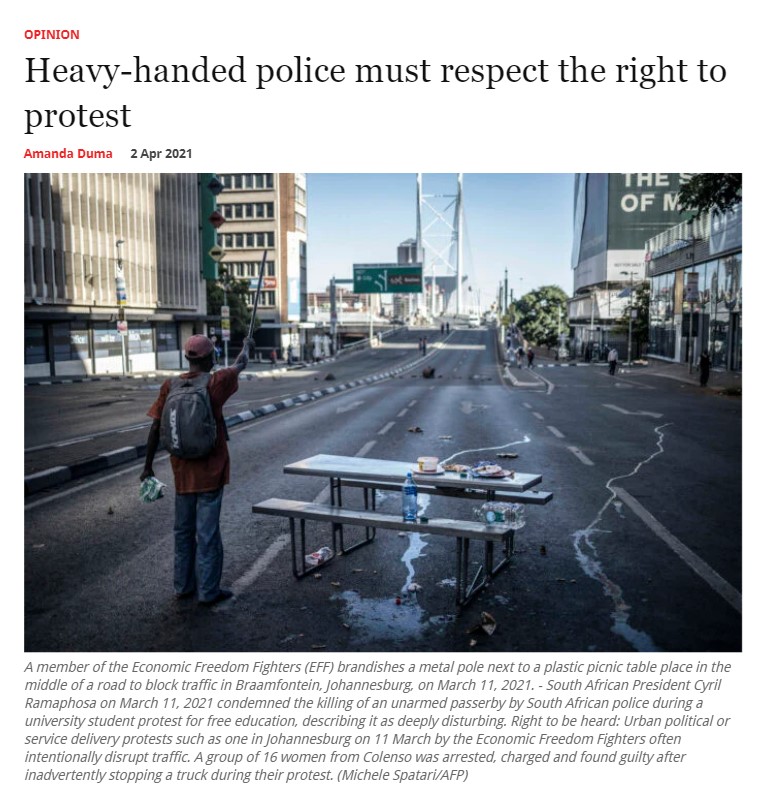 On 1 April 2021, the Mail & Guardian published an op-ed written by SERI's Amanda Duma entitled Heavy-handed police must respect the right to protest.

In the op-ed, Duma discusses the plight of 16 women from Colenso in KwaZulu-Natal who were convicted of public violence after participating in a peaceful protest. They were detained and denied bail for 60 days.

Duma's op-ed poignantly reflects on how the right to protest is infringed upon especially in remote parts of the country. She contrasts the conviction of the 16 women in 2018 with the National Prosecuting Authority's decision not to prosecute students who were arrested and charged with public violence during the recent wave of student protests.

She writes that, "rather than responding constructively to the concerns of citizens, the state has developed a tendency to use the criminal justice system to silence dissent by using arbitrary arrest and often poorly founded charges against protesters."