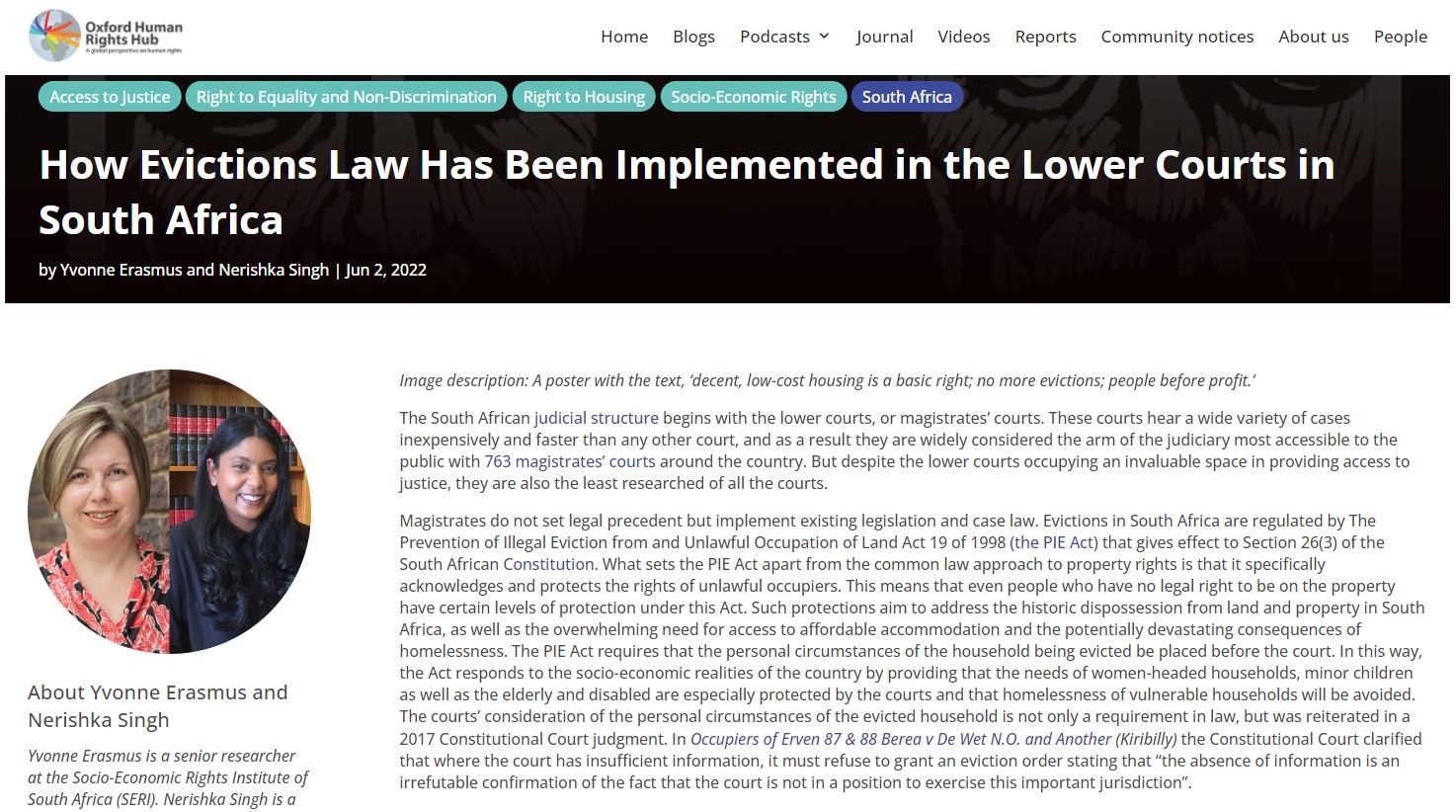 The Oxford Human Rights Hub has just published a podcast episode and blog post on SERI's research on how eviction cases in the Johannesburg inner city are adjudicated by the courts.

SERI’s Just and Equitable? Evictions Research Series is concerned with the way in which the courts adjudicated evictions in the Johannesburg inner city between 2013 and 2018. It aims to review the courts’ implementation of relevant legislation, such as Section 26(3) of the Constitution and the Prevention of Illegal Eviction from and Unlawful Occupation of Land Act 19 of 1998 (the PIE Act), and case law. In addition, the series maps the spatial distribution of evictions to highlight any wards in the inner city that face particular vulnerability.

On 23 March 2022, SERI launched the first research report in the series entitled An analysis of eviction cases in the Johannesburg Central Magistrate’s Court and their compliance with the law. It analyses eviction cases in 12 wards in the inner city of Johannesburg and its immediate periphery litigated at the Johannesburg Central Magistrate’s Court between 2013 and 2018 and asks whether eviction applications have been examined through the just and equitable lens, as the legislation requires.

The recently published podcast episode entitled 'Spotlight on an understudied institution: evictions and the Magistrate's Court in South Africa' was recorded a podcast in August 2019, when the research into the magistrate’s court was still underway, with lead author of the magistrate’s court report, SERI’s Nerishka Singh and with Timothy Fish Hodgson from the International Commission of Jurists (Africa). SERI’s Yvonne Erasmus, co-author of the report, and Nerishka penned a blog for Oxford Human Rights Hub entitled, 'How Evictions Law Has Been Implemented in the Lower Courts in South Africa' to accompany the podcast and set out the key findings from the research into the magistrate’s court.