[PUBLICATION] SERI publishes new publication on eviction applications in the Johannesburg Central Magistrate's Court and their compliance with the law (23 March 2022). 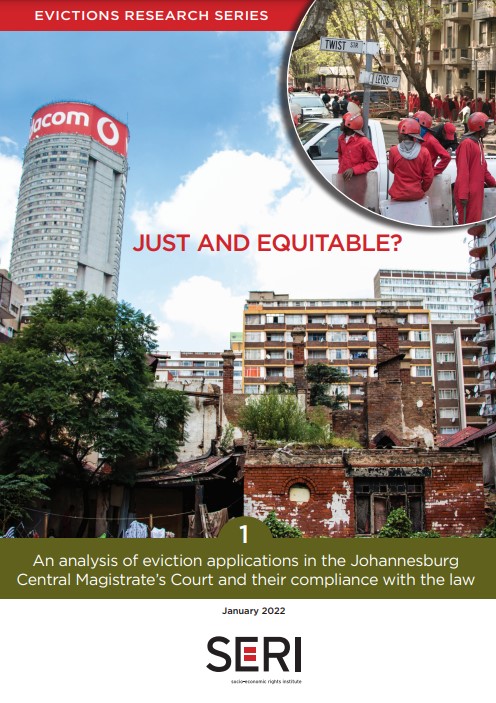 On Wednesday, 23 March 2022, SERI launches the first output in its Evictions Research Series, Just and Equitable?. The series is concerned with the way in which the courts adjudicated evictions in the Johannesburg inner city between 2013 and 2018. It aims to review the courts’ implementation of relevant legislation (such as Section 26(3) of the Constitution and the Prevention of Illegal Eviction from and Unlawful Occupation of Land Act 19 of 1998 (the PIE Act)) and case law. In addition, the series maps the spatial distribution of evictions to highlight any wards in the inner city that face particular vulnerability.

Even with a relatively small sample, the report makes important findings about: the extent to which evictions law is being followed in the adjudication of cases; whether consideration is being given to the personal circumstances of those being evicted and potential homelessness that might ensue; the reasons why people are being evicted; and the legal representation of respondents. The findings illustrate that a more hands-on approach from the judiciary in adjudicating eviction applications is essential to ensure that the legal protections from arbitrary evictions offered to the poor and vulnerable are realised.