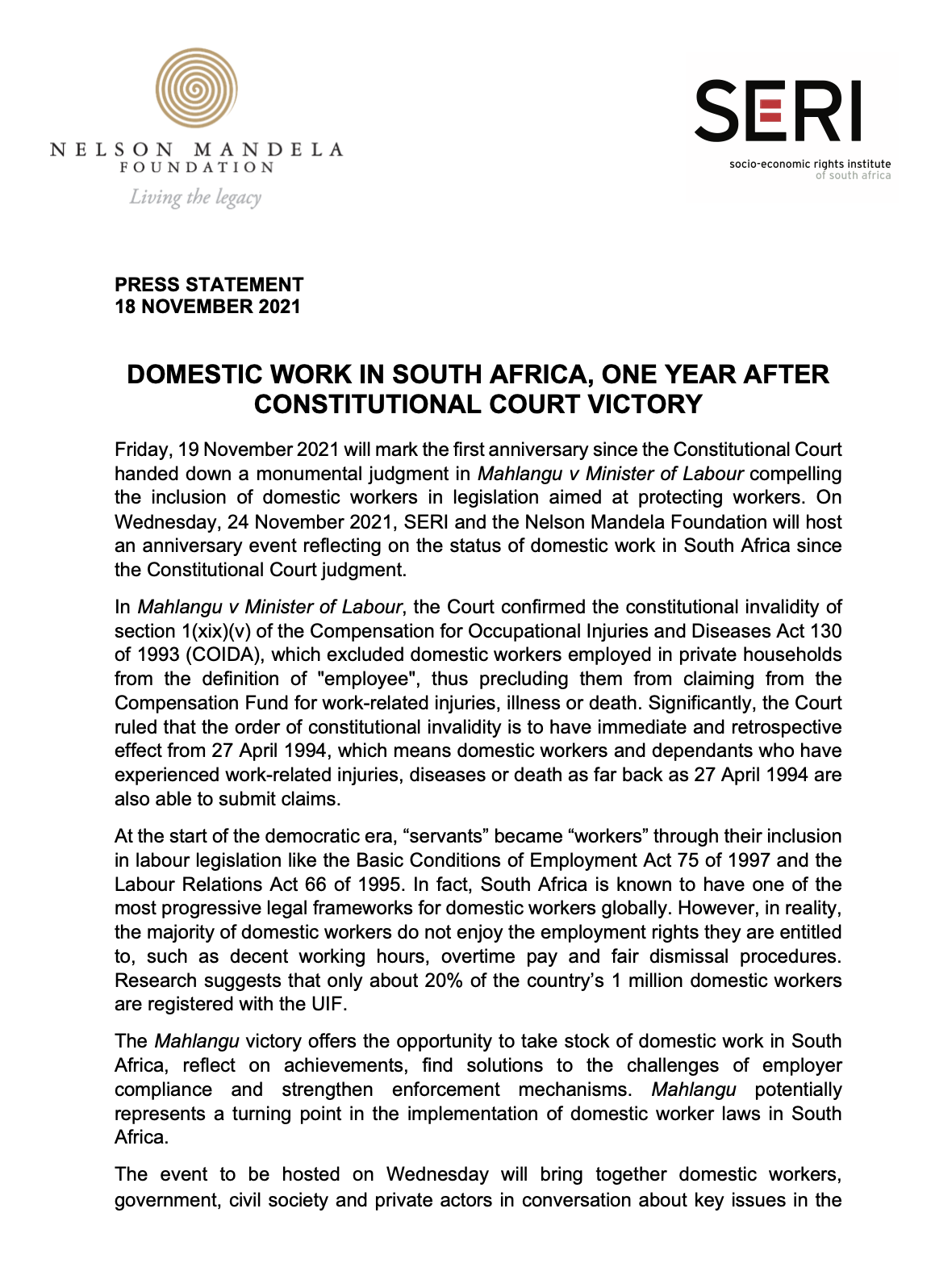 Friday, 19 November 2021 will mark the first anniversary since the Constitutional Court handed down a monumental judgment in Mahlangu v Minister of Labour compelling the inclusion of domestic workers in legislation aimed at protecting workers. On Wednesday, 24 November 2021, SERI and the Nelson Mandela Foundation will host an anniversary event reflecting on the status of domestic work in South Africa since the Constitutional Court judgment.

In Mahlangu v Minister of Labour, the Court confirmed the constitutional invalidity of section 1(xix)(v) of the Compensation for Occupational Injuries and Diseases Act 130 of 1993 (COIDA), which excluded domestic workers employed in private households from the definition of "employee", thus precluding them from claiming from the Compensation Fund for work-related injuries, illness or death. Significantly, the Court ruled that the order of constitutional invalidity is to have immediate and retrospective effect from 27 April 1994, which means domestic workers and dependants who have experienced work-related injuries, diseases or death as far back as 27 April 1994 are also able to submit claims.

At the start of the democratic era, “servants” became “workers” through their inclusion in labour legislation like the Basic Conditions of Employment Act 75 of 1997 and the Labour Relations Act 66 of 1995. In fact, South Africa is known to have one of the most progressive legal frameworks for domestic workers globally. However, in reality, the majority of domestic workers do not enjoy the employment rights they are entitled to, such as decent working hours, overtime pay and fair dismissal procedures. Research suggests that only about 20% of the country’s 1 million domestic workers are registered with the UIF.

The event to be hosted on Wednesday will bring together domestic workers, government, civil society and private actors in conversation about key issues in the sector and the future of domestic work. The event will be livestreamed and it will also be available on the Nelson Mandela Foundation’s YouTube channel (available here).