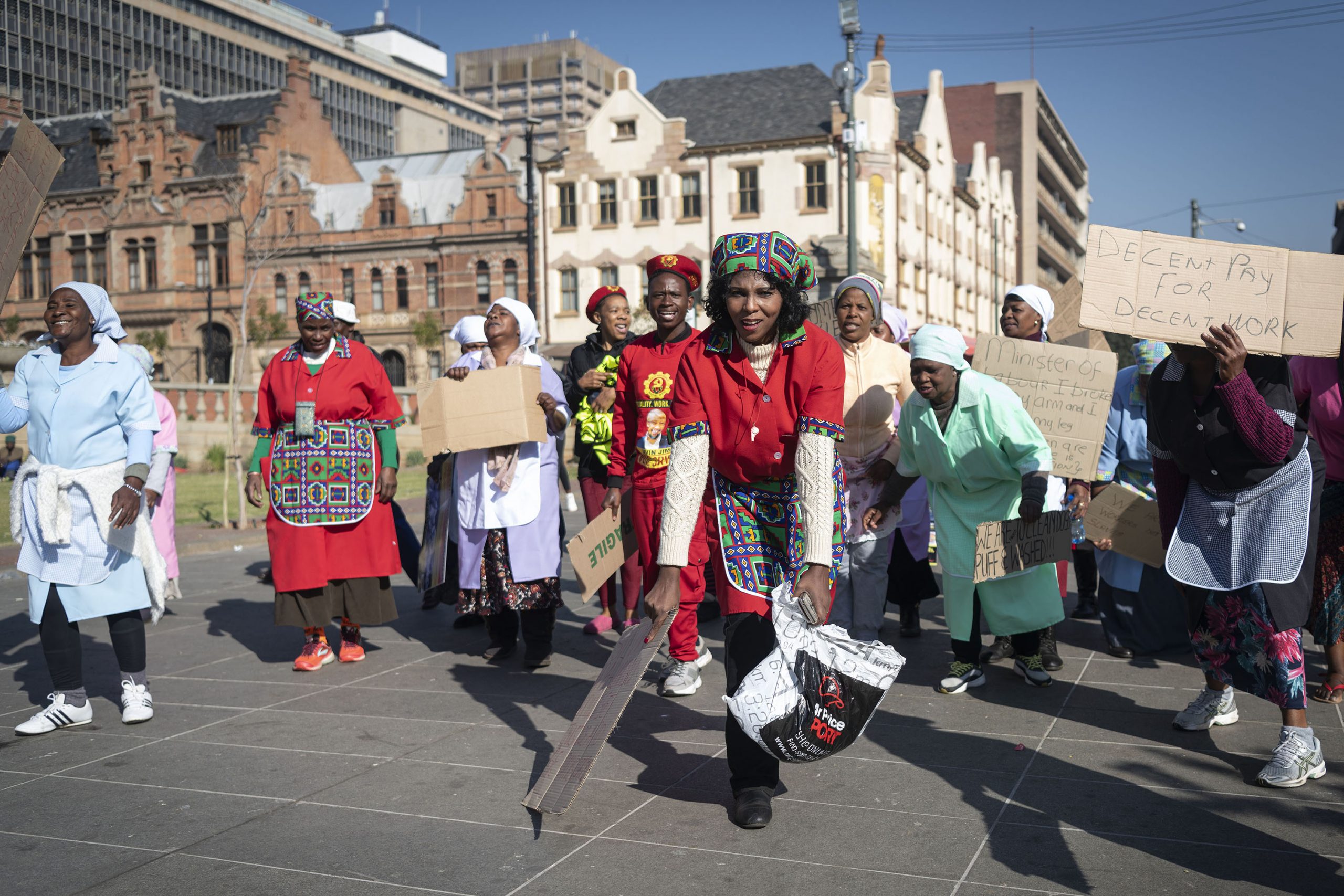 This year, SERI and Izwi Domestic Workers Alliance dedicated Women’s month to raising awareness amongst employers of domestic workers of their role in the domestic employment relationship.

Domestic workers play a significant role in contemporary society. As more and more women join the labour force, and while national policies fail to facilitate the reconciliation of family life and work, domestic workers are an essential part of how many families and households operate. The child and home-care they provide contributes to the national economy by enabling others to carry out their own jobs. Domestic workers, 95% of whom are women according to Statistics South Africa, often lack recognition as real workers and work under unfair conditions. Part of the reason for this is employer non-compliance, reinforced by the Department of Employment and Labour’s failure to hold employers accountable for their legal obligations.

On 9 August, Women’s Day, SERI and Izwi launched, “Employing a Domestic Worker: a Legal and Practical Guide”, a user-friendly guide written for employers of domestic workers in South Africa, to inform them of their rights and obligations in the employment relationship, provide practical advice and support them to improve their employment practices.

Additionally, we collaborated with development economist, activist and radio presenter, Ayabonga Cawe, on a series of radio episodes to bring the key issues affecting domestic workers to the public discourse on Metro FM Talk, “Shop Stewards Corner” which airs weekdays between 8pm and 9pm. The guests included domestic workers, unionists, activists and researchers.

Listen to the episodes here:

To end Women’s Month, SERI’s Kelebogile Khunou and Izwi’s Amy Tekie wrote an op-ed, published in the Mail and Guardian, highlighting the importance of employer compliance with labour laws, to ensure that domestic workers in South Africa enjoy the rights they are entitled to such as decent working hours, overtime pay, public holidays, paid leave and fair dismissal procedures.