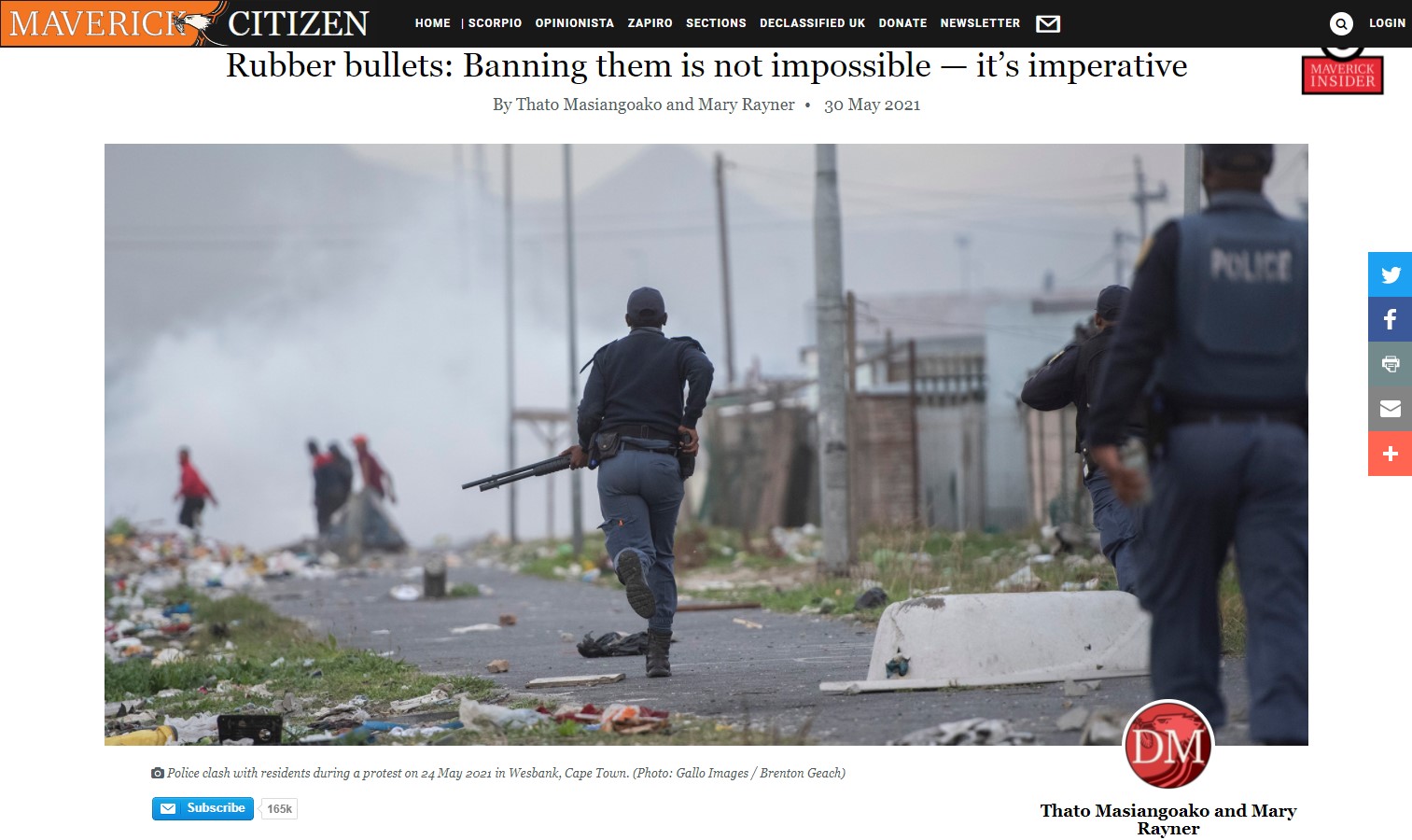 On 31 May 2021, the Maverick Citizen published an op-ed by SERI researcher Thato Masiangoako and Dr Mary Rayner entitled, 'Rubber bullets: Banning them is not impossible — it’s imperative'.

The op-ed argues that government urgently needs to fully implement the recommendations of the Panel of Experts Report on Policing and Crowd Management and align the provisions of the SAPS Amendment Bill with the report.

The op-ed also responds to a comment by the National Commissioner of Police Khehla Sitole's at the press conference for the release of the report, that “it will be impossible to stop the use of rubber bullets”. Drawing from local and international evidence, Masiangoako and Rayner discuss the inherent risks arising of police frequent use of the 12-gauge shotguns which fire two rubber bullets in rapid sequence, also known as kinetic impact projectiles (KIPs). They write, "Multiple-projectile KIPs can be lethal when fired at close range and if aimed above the waist area... However, when used at greater distances, these weapons are inherently inaccurate and indiscriminate due to the lack of control over the direction of the bullets fired."

Masiangoako and Rayner, conclude that "Whether participating in a protest or being a bystander, people should not have to fear that they will be gravely injured or killed by police because of a failure to ensure that, at the very least, the weapons used are appropriate for public order situations."