The Socio-Economic Rights Institute of South Africa (SERI) invites you to the launch of our new research series:

The Upgrading of Informal Settlements Programme provides a good policy framework for improving the lives of informal settlement residents. However, implementation according to the in situ and participative intentions of the programme has not lived up to this potential. Our in-depth research into the lived realities of informal settlement residents aims to contribute to turning this around.

[OP-ED] SERI candidate attorney, Tshepo Skosana writes about the roles and responsibilities of the Sheriff in executing evictions (18 June 2019).

On Thursday, 13 June 2019, the Daily Maverick published an op-ed by SERI candidate attorney, Tshepo Skosana, which discussed the violent and unlawful nature of evictions that have been executed in Johannesburg. He outlines the roles and responsibilities of the Sheriff in executing evictions and unpacks the importance of carrying out evictions in a just and humane manner.

He writes that "facing an eviction is difficult enough; helplessly watching your life and personal belongings destroyed compounds that difficulty and is a deplorable violation of the humanity of the most vulnerable. The sheriff has a duty to uphold justice and to ensure the police and private security understand their obligations to operate lawfully in any court-ordered matter."

This case is one of two that stem an investigation by the police oversight body, the Independent Police Investigative Directorate (IPID). As part of the investigation, IPID discovered photographs of a dead miner in the back of a police truck which had been used to transport miners from Scene 1 and Scene 2 to a police detention facility on 16 August 2012. IPID identified Motisaoitsile Van Wyk Sagalala as the deceased depicted in the photos. The investigation determined that Mr Sagalala had been transported from the detention centre, where the photos of his body were taken, to the Andrew Saffie Hospital, to the government mortuary. 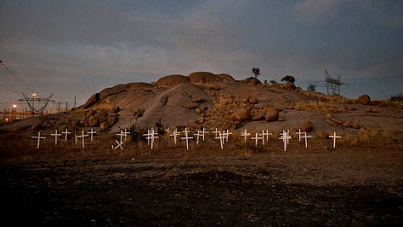 Five police officers, including Former North West Deputy Police Commissioner General William Mpembe, are implicated in the deaths of the three miners and two police officers who were killed on 13 August 2012. The charges relating to these deaths are as follows:

Quoted in an IOL News article, SERI’s director of litigation, Nomzamo Zondo said: "The Sagalala family is interested in the fact that they spent three years in the commission of inquiry where they wanted to find out what happened. But the police successfully concealed how he died and where he died. And they want to see that those involved in the concealing of how he died are brought to book."

[LITIGATION UPDATE] SERI argues for a retrospective application of the inclusion of domestic workers in legislation aimed at protecting workers (12 June 2019). 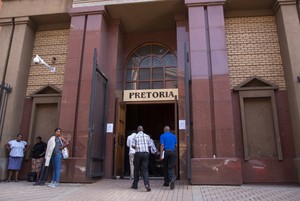 On 23 May 2019, the North Gauteng High Court handed down an order declaring the exclusion of domestic workers in the Compensation for Occupational Injuries and Diseases Act (COIDA) as unconstitutional. On Wednesday, 12 June 2019, SERI together with the South African Domestic Service and Allied Workers Union (SADSAWU) as the second applicant, further argued that the declaration of invalidity must be applied retrospectively to provide relief to domestic workers who were injured or died at work prior to the granting of the order declaring the exclusion of domestic workers from COIDA as invalid.

SERI represents the surviving daughter of a domestic worker, Maria Mahlangu, in this case. Maria died at her employer’s home during the course of her employment. Under the Compensation for Occupational Injuries and Diseases Act (COIDA), her daughter was precluded from claiming from the Compensation Fund which compensates employees, or their survivors, for work-related injuries, illnesses or death.

The Commission for Gender Equality joined the case as amicus curiae  and made submissions on the legal principles governing the question of retrospectivity and the reasons why the retrospective application of the order is just and equitable.

This is SERI's first newsletter of 2019. In it we present a few highlights from our work since December 2018. SERI currently has 97 active cases through which we assist communities to resist evictions and secure basic services in their homes in informal settlements and inner city buildings; to safeguard their participation; hold duty bearers to account and defend their right to work.

We participated in a number of exciting civil society and government engagements in the lead up to the national government elections that highlighted the importance of pursuing an urban land reform agenda and safeguarding the right to protest in a democratic South Africa.