In the presentation, Masiangoako and Kirsten discussed specific reported incidents of excessive use of force, the misuse of weapons, and the nature of abuses as well as the impact that this nature of policing may have on community-police relations and how the work of civil society may be shaped by this period going forward. 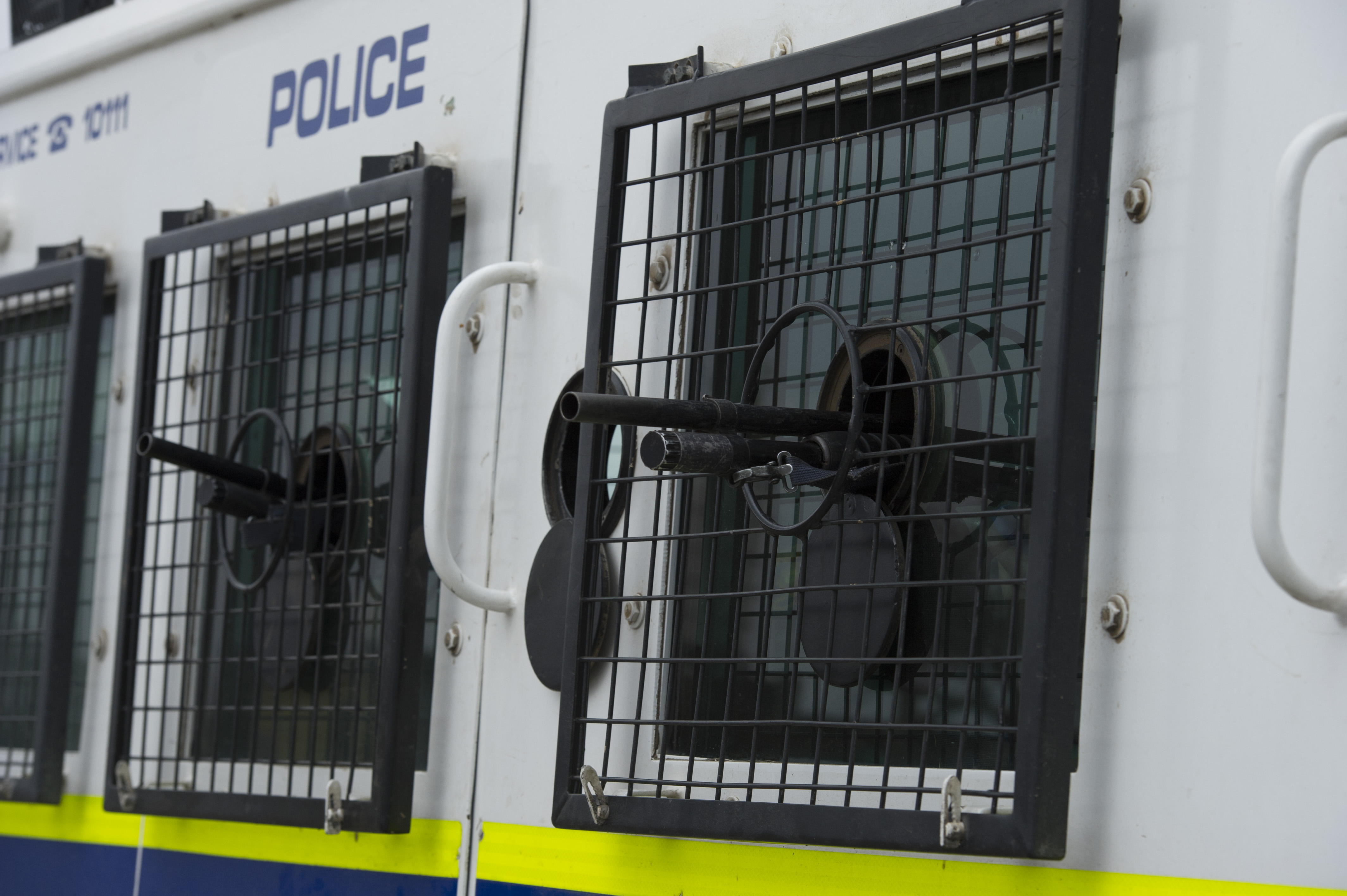 Masiangoako began by providing an overview of South Africa's COVID-19 timeline since its first confirmed COVID-19 case on 5 March 2020 and President Cyril Ramaphosa's declaration of a national State of Disaster on 15 March 2020. The President announced that the SANDF would be deployed in support of the SAPS in implementing the lockdown regulations and directions issued in terms of the Disaster Management Act, 2002. In his address, the President said:

Kirsten argued that the allegations of abuses witnessed during the lockdown and the misuse of weapons by the police is not a phenomenon in South Africa and that it "echoes  both the recent past such as the policing of community protests and the #FMF protests as well as being reminiscent of policing in the apartheid-era during the State of Emergency in the ’80s." She went on to argue that the spike in reported and witnessed abuses during the lockdown reflect a manifestation of the existing problems within the police. She noted, however, that was new about the current abuses has been the use of unlawful equipment such as sjamboks, tasers, and hammers.

Masiangoako discussed the impact of the government taking a militarised and securitised approach to was is a public health emergency presented by the COVID-19 pandemic. She also discussed the Khosa case that came before the High Court as an example of some of the abuses witnessed. She further discussed some of the remedies that were sought by the family and why the lack of the code of conduct, as required by Section 19(3)(c) may have contributed to the abuses and lack of consistency in the implementation of the lockdown regulations. 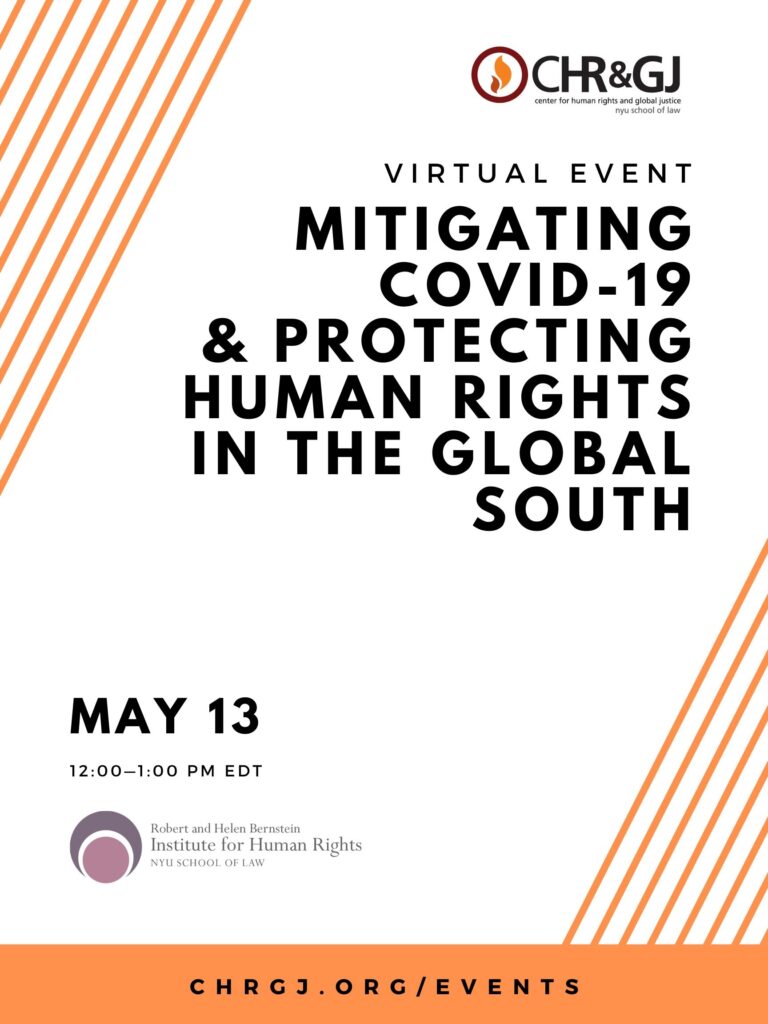 Ebrahim’s presentation discussed the vulnerability of informal settlements to COVID-19 and contextualised why the government’s blanket response of de-densification runs the risk of permanently displacing residents from their homes and livelihood opportunities. In her presentation, she drew and expanded on the Civil Society Organisation’s (CSOs) submission to the Department of Human Settlements made in April 2020, which proposes in situ upgrading as an appropriate and sustainable informal settlement intervention in the context of COVID-19.

The webinar was facilitated by Executive Director of NYU Bernstein’s Institute for Human Rights, Sukti Dhital. The panel explored the devastating consequences of a “one-size-fits-all” approach to the pandemic from a global south perspective – ranging from the rise in forced evictions, to the downfall of informal economies, and increased hunger and malnutrition. Ebrahim was joined on the panel by Jayshree Satpute (Human Rights Lawyer and Cofounder of Nazdeek in India), and Paul Christian Namphy (National Coordinator for Infectious Disease, DINEPA in Haiti).

Read the full CSO submission to the Department of Human Settlements here.

[ADVOCACY] Legal Remedies from the Unemployment Insurance Act Available to Unregistered Domestic Workers during Lockdown (18 May 2020).

In March the Department of Employment and Labour set up the COVID-19 Temporary Employer/ Employee Relief Scheme (TERS) to support businesses and employers temporarily closed due to the lockdown and unable to pay workers’ salaries.

Yet there is widespread non-compliance amongst employers, especially among those employing casual or precarious workers such as domestic workers and farm labourers. According to a study by Women in Employment: Globalizing and Organizing (WIEGO) and the Social Law Project (SLP) at the University of Western Cape, only 20% of domestic workers are registered by their employers under UIF. Further, generalising from Izwi Domestic Workers Alliance’s research which found that only 37% of domestic workers were paid a full salary in April, the majority of domestic workers, many of whom are the sole breadwinners for their families, are left without an income until level 2 of the lockdown.

SERI requested an opinion on possible legal remedies. These are as follows:

On Thursday, 7 May 2020, the South African Domestic Service and Allied Workers’ Union (SADSAWU), represented by SERI, made recommendations to the National Command Council, the Minister of Employment and Labour and the Unemployment Insurance Fund (UIF) Commissioner seeking a declaration of domestic workers as UIF contributors so that they can access income protection during the state of disaster.

[PRESS STATEMENT] High Court takes a stand against lockdown brutality in favour of the Khosa family (16 May 2020).

On Friday, 15 May 2020, the North Gauteng High Court handed down a judgement in an urgent application brought by the family of Mr Collins Khosa. The urgent application was brought following the death of Mr Khosa who succumbed to injures from an assault by members of the South African National Defence Force, accompanied by members of the Johannesburg Metropolitan Police on 10 April 2020. SERI was admitted as amicus curiae in the matter.

In reference to use of force by security forces during the lockdown, Judge Hans Fabricius held that “what we are dealing with in South Africa at this moment is the conduct of security forces aimed at mainly the most vulnerable because of the socio-economic situations that exist throughout South Africa for which the poor are certainly not to blame…”.

The Court held that the lockdown, instituted in terms of the Disaster Management Act 57 of 2002 and the declared national state of disaster, does not suspend people’s rights to dignity and life (sections 10 and 11 of the Constitution), as well as the right not to be tortured in any way or to be treated or punished in a cruel, inhuman or degrading way (sections 12(1)(d) and (e) of the Constitution).

The Court also granted a range of remedies aimed at addressing the lockdown brutality and restoring trust between the public and security forces entrusted with enforcing the regulations and directions.

Contrary to the submissions made by the Minister of Defence, SERI submitted that Section 19 of the Defence Act must apply to the military’s deployment during the lockdown and that Section 19(3)(c) of the Act makes clear that “service in co-operation with the South African Police Service must be performed in accordance with” a code of conduct, operational procedures and guidelines published by the Minister of Defence.

SERI further submitted that “at the heart of this case is the need to fill the lacuna left by the absence of these checks, and to preclude the repetition of the tragedy that brought the applicants to court.” 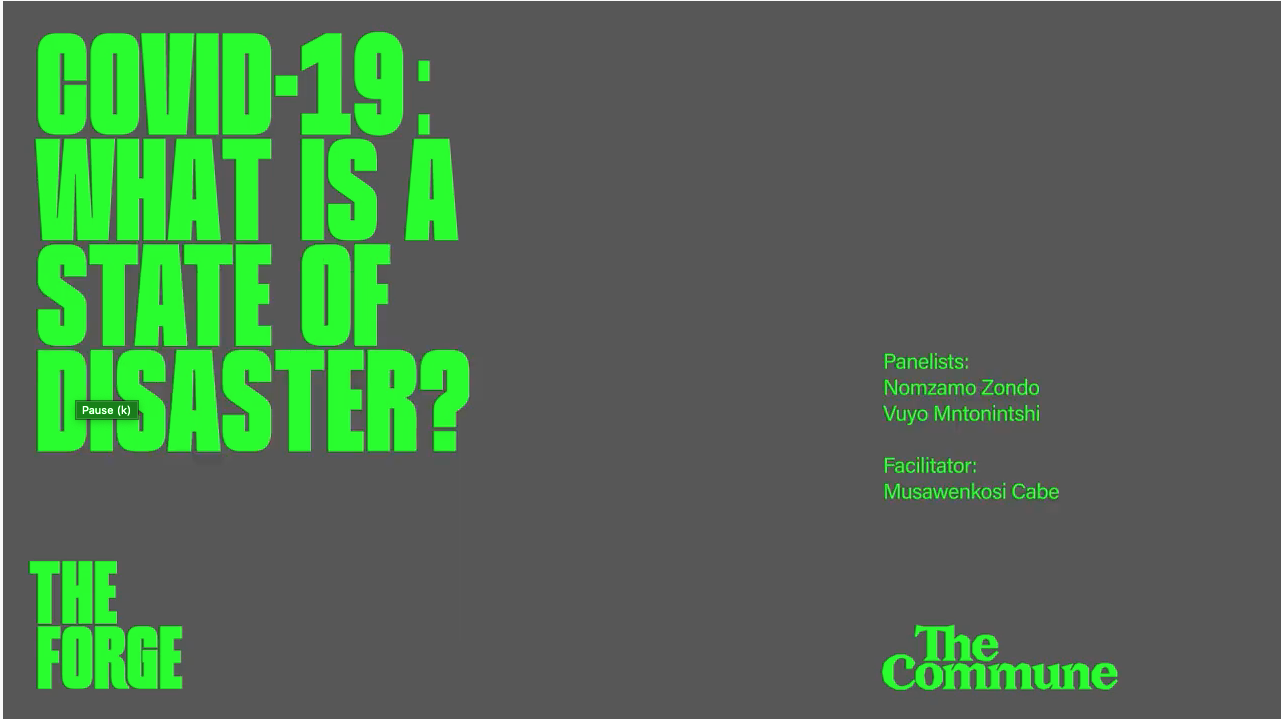 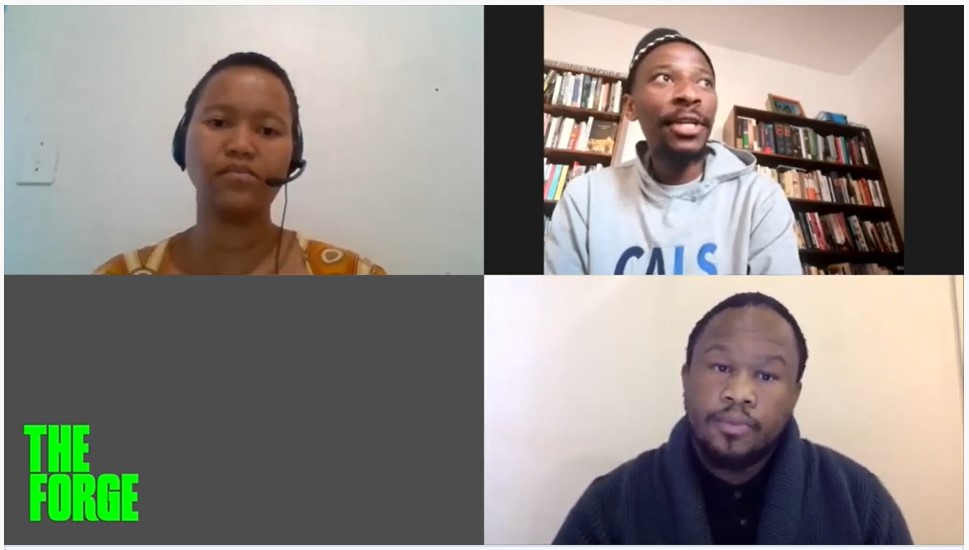 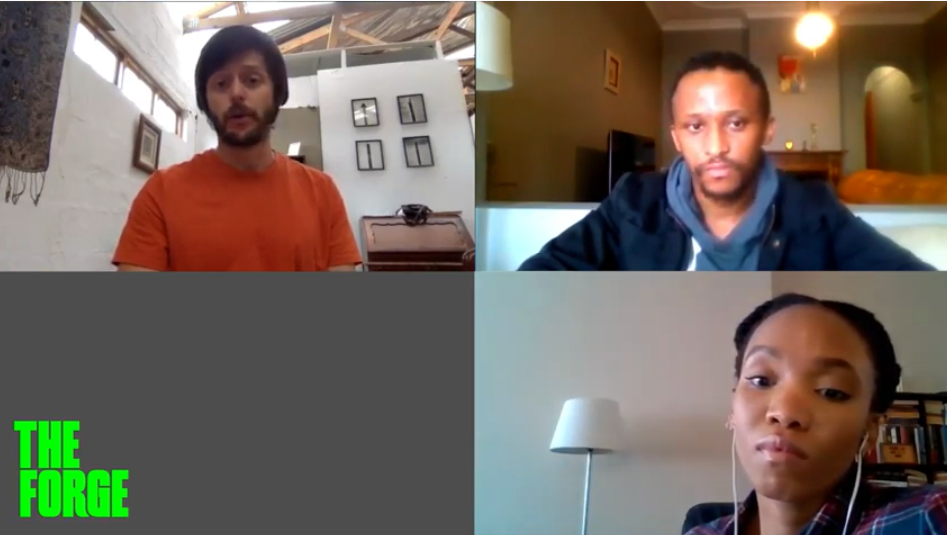 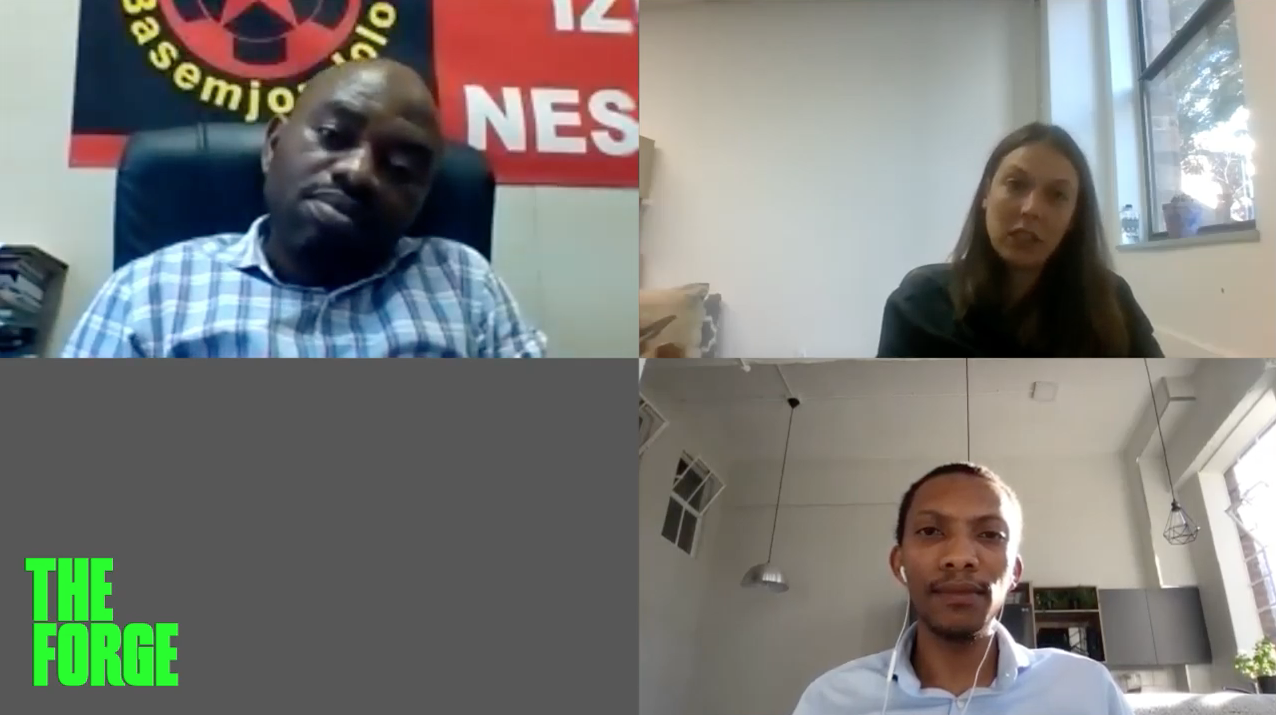 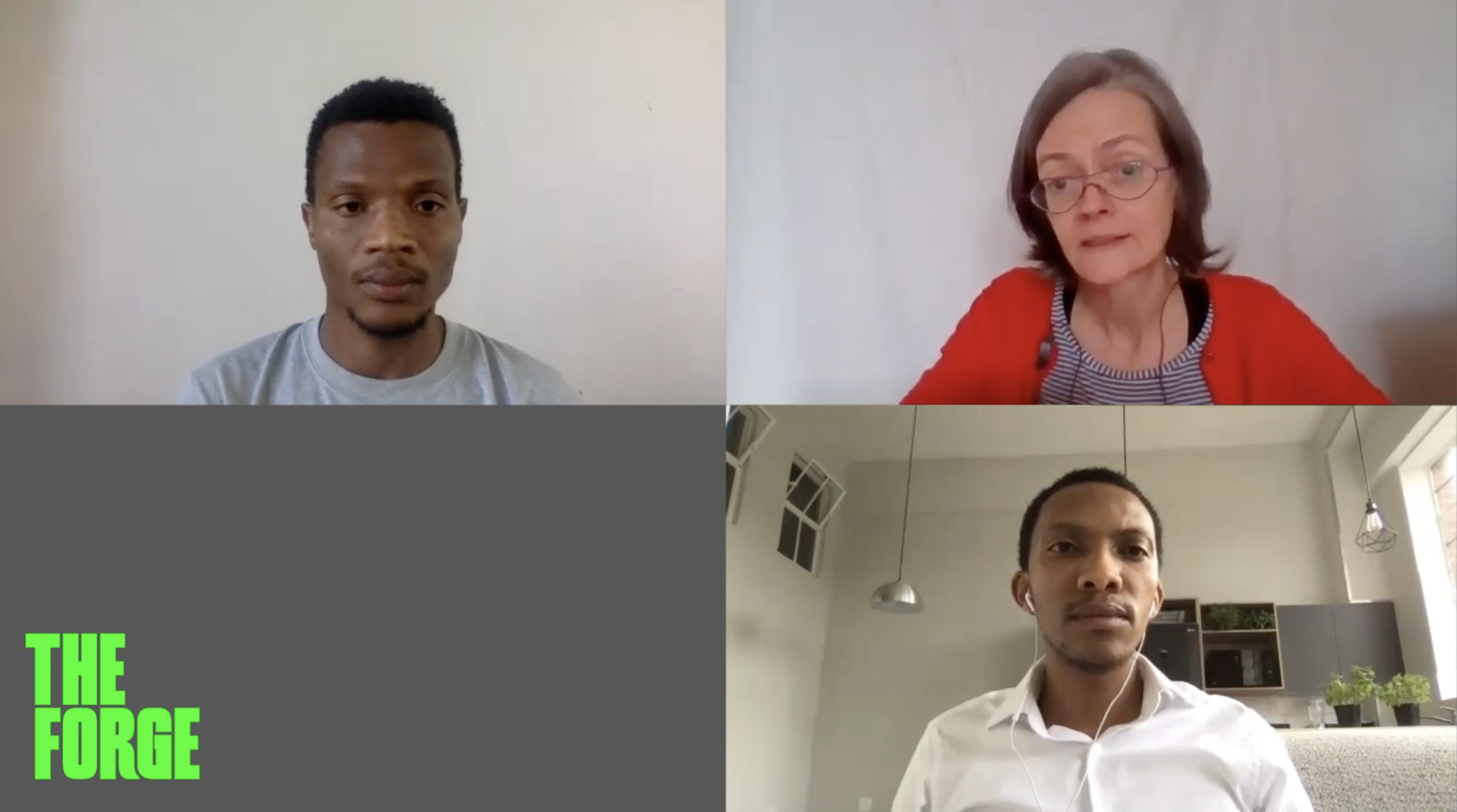