[OP-ED] SERI's Lauren Royston and Tiffany Ebrahim write about the importance of prioritising informal settlement upgrading as as a tool for urban land reform (4 July 2019).

On Thursday, 4 July 2019, the Daily Maverick published an article by SERI senior associate, Lauren Royston, and SERI researcher, Tiffany Ebrahim on the importance of prioritising informal settlement upgrading as one way in which to answer the urban land reform question.

Royston and Ebrahim argue that "informal settlements are not 'informal' places to live" and that "municipal and provincial interventions should begin by recognising the local norms, practices and agency which already exist in informal settlements. This requires government officials to work closely with residents and local leadership structures to both identify and understand lived realities, existing practices and challenges." 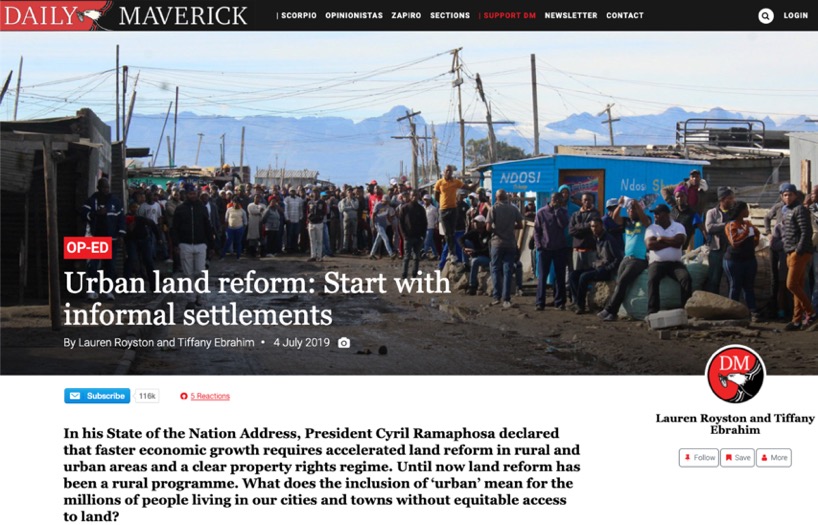