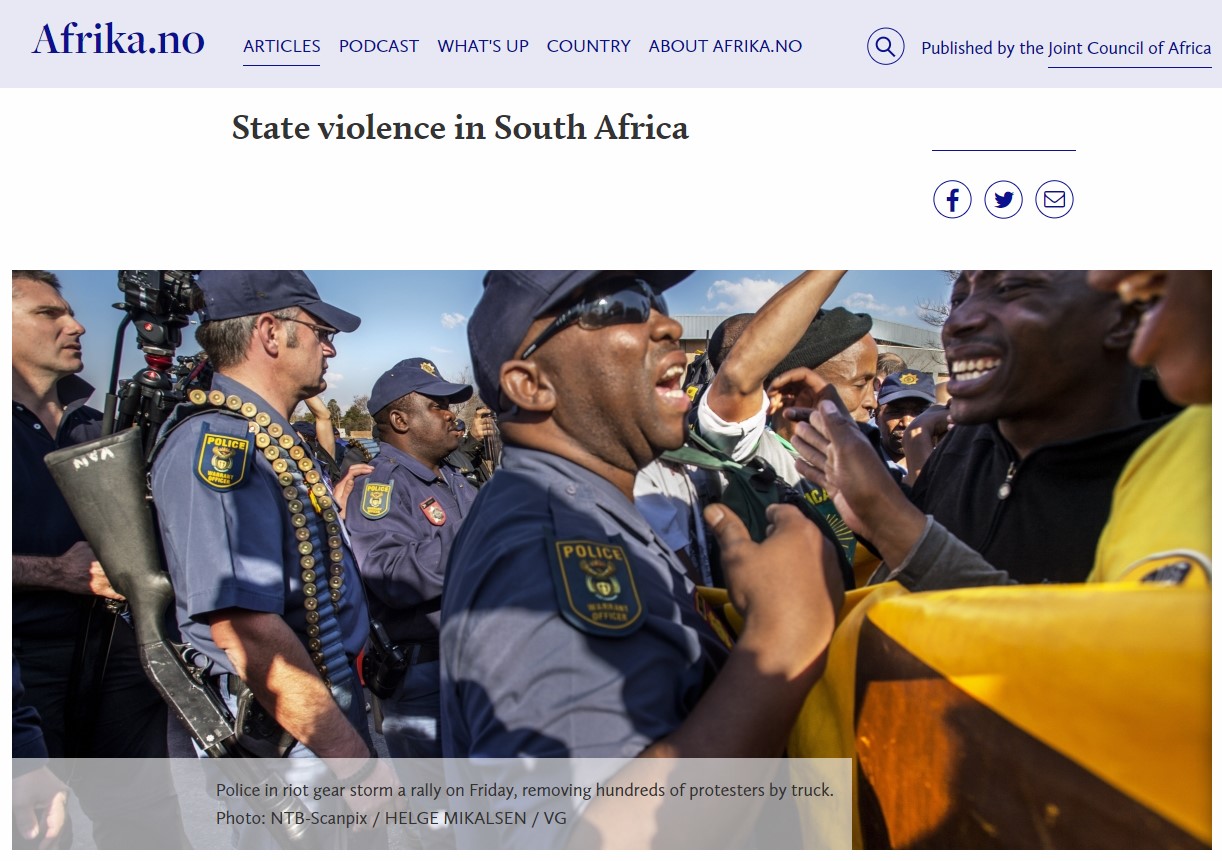 The article discusses why police violence remains an uncontrolled problem more than 26 years into democracy. Masiangoako and Tshehlo look at the experiences of clients that SERI has worked with including the cases of the Marikana massacre, the 2015/16 #FeesMustFall student protests, and the community protests in Thembelihle – an informal settlement in the south of Johannesburg.

“These examples and many others demonstrate the extent to which policing in South Africa has failed to transform in nature and in its treatment of poor, black people and have highlighted the dangerous role that the police have come to play in suppressing popular movements that have been especially critical of the government and have been deemed as a threat to the social, economic and political status quo in South Africa. They also demonstrate a failure, on the part of the South African state, to constrain excessive use of force by the police and sufficiently rid the police of older patterns of violence that date back to South Africa’s history of apartheid and colonial rule.”