[PRESS STATEMENT] Families of slain Marikana miners want the truth about massacre to be revealed (13 November 2020). 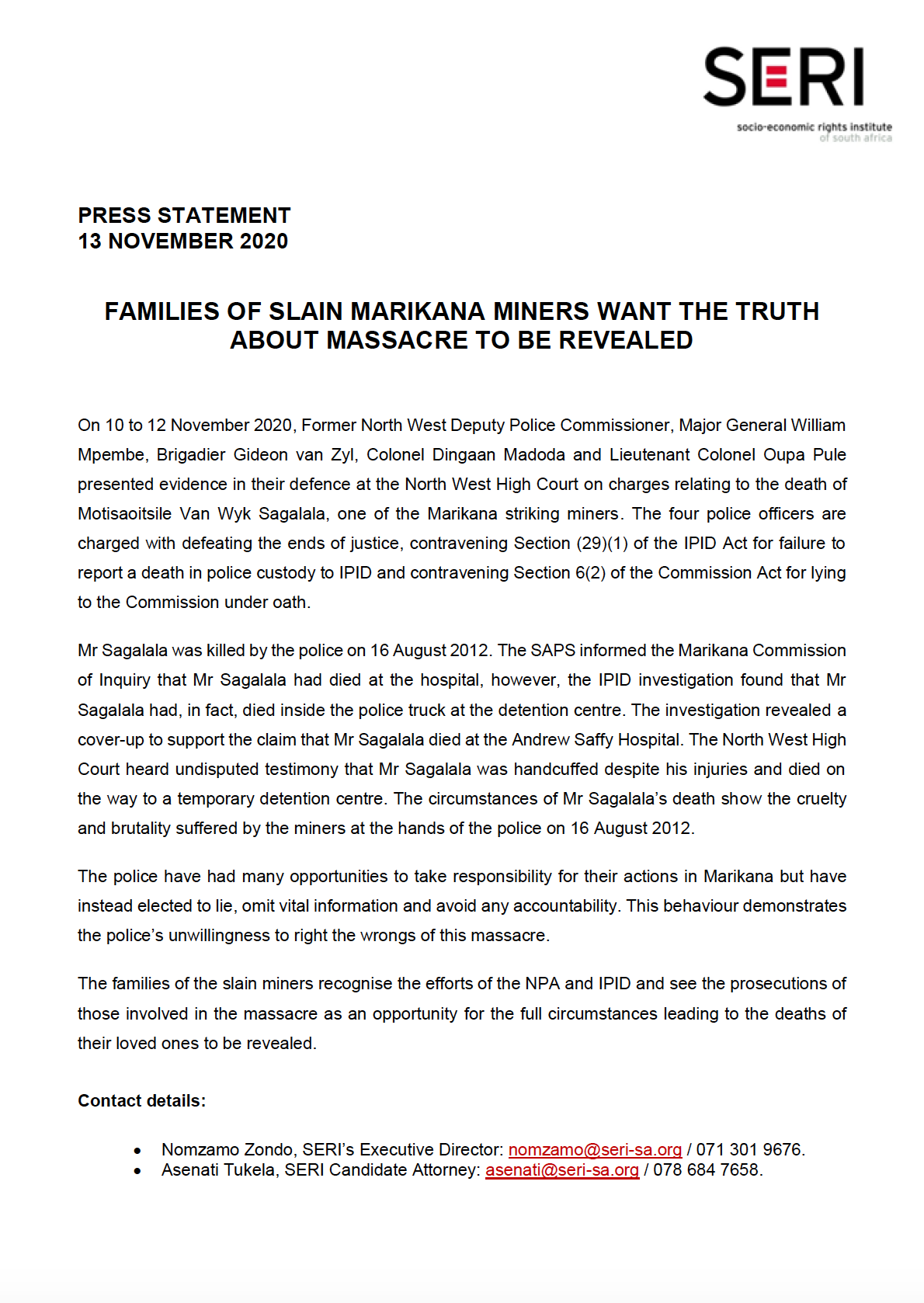 On 10 to 12 November 2020, Former North West Deputy Police Commissioner, Major General William Mpembe, Brigadier Gideon van Zyl, Colonel Dingaan Madoda and Lieutenant Colonel Oupa Pule presented evidence in their defence at the North West High Court on charges relating to the death of Motisaoitsile Van Wyk Sagalala, one of the Marikana striking miners. The four police officers are charged with defeating the ends of justice, contravening Section (29)(1) of the IPID Act for failure to report a death in police custody to IPID and contravening Section 6(2) of the Commission Act for lying to the Commission under oath.

The police have had many opportunities to take responsibility for their actions in Marikana but have instead elected to lie, omit vital information and avoid any accountability. This behaviour demonstrates the police’s unwillingness to right the wrongs of this massacre.

The families of the slain miners recognise the efforts of the NPA and IPID and see the prosecutions of those involved in the massacre as an opportunity for the full circumstances leading to the deaths of their loved ones to be revealed.