Today, SERI is launching another one of the case studies in the Claiming Water Rights in South Africa research series, "Makana local municipality – provincial intervention in a municipal crisis". The research project was launched in a Water Rights Webinar Series held in partnership with the Mail & Guardian. The research forms part of the global #ClaimYourWaterRights campaign initiated by End Water Poverty. 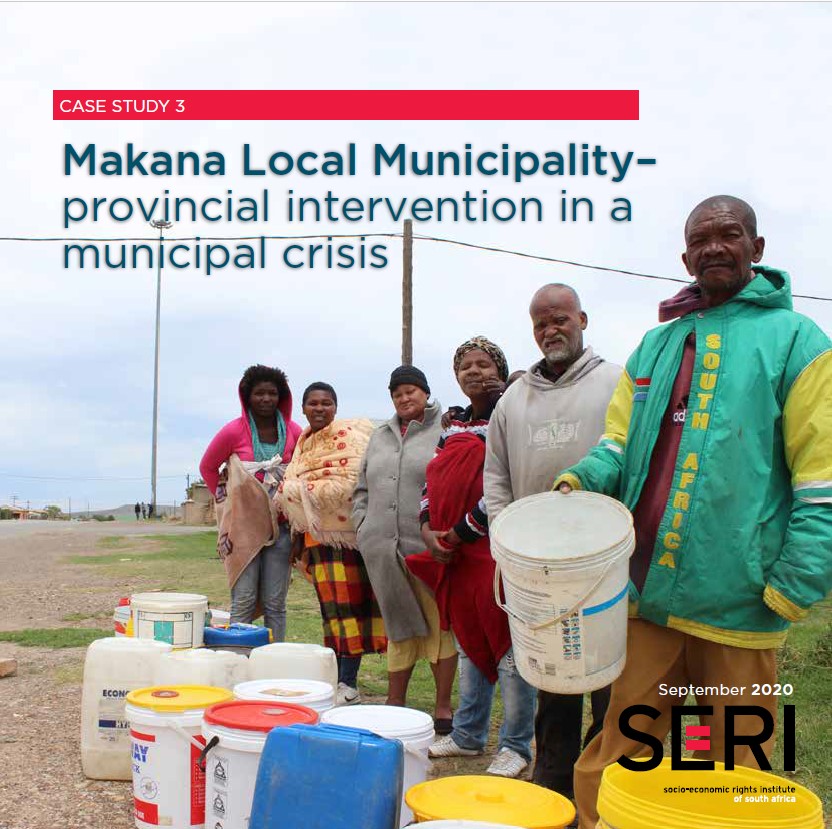 The Makana case study is about a municipality in crisis. It has faced various challenges related to service delivery, administration, and finances, many of which have recurred over long periods of time. The crisis includes water outages, water quality problems, near non-existent road maintenance, failure to collect refuse timeously and the inability to manage waste sites and illegal dumping. Water supply across the municipality, and in Makhanda in particular, has been crippled by a combination of aging infrastructure desperately in need of repairs and severe drought over the past four years which has almost emptied a number of dams on which Makhanda relies for its water supply.

The Eastern Cape provincial government has intervened twice in terms of section 139 of the Constitution, which provides for provincial intervention into local government when a municipality is in crisis. When neither of those interventions resulted in the desired change, community activists, led by the Unemployed People’s Movement, began to advocate with increasing vigour for the dissolution of the municipal council, and eventually approached the Makhanda High Court.

The judgment from the High Court is the first of its kind in South Africa, and is the product of a long and painful struggle by the people of Makana spanning more than a decade, and which is by no means over.

Unfortunately, Makana Municipality is not an outlier, but is situated within a systemic picture of local government collapse across the country. Although there are multiple factors contributing to this, the poor and deteriorating state of municipal finances and financial mismanagement is a critical contributor. In the 2018/2019 financial year, 113 municipalities adopted unfunded budgets, meaning that they had plans to spend money they did not have. In the period 2017 – 2019 more than thirty municipalities did not receive a clean audit.

On 6 October 2020, SERI launched the synthesis report entitled “Claiming water rights in South Africa” as well as the case study of the Marikana informal settlement entitled “Residents of Marikana informal settlement use expropriation as a tool” which is the second of four case studies. On 20 October 2020, SERI launched “Farm dwellers fight for access to water in uMgungundlovu district municipality”.