Today SERI is launching another one of the case studies in the Claiming Water Rights in South Africa research series, “Farm dwellers fight for access to water in uMgungundlovu district municipality”. The research project was launched in a Water Rights Webinar Series held in partnership with the Mail & Guardian. The research forms part of the global #ClaimYourWaterRights campaign initiated by End Water Poverty. 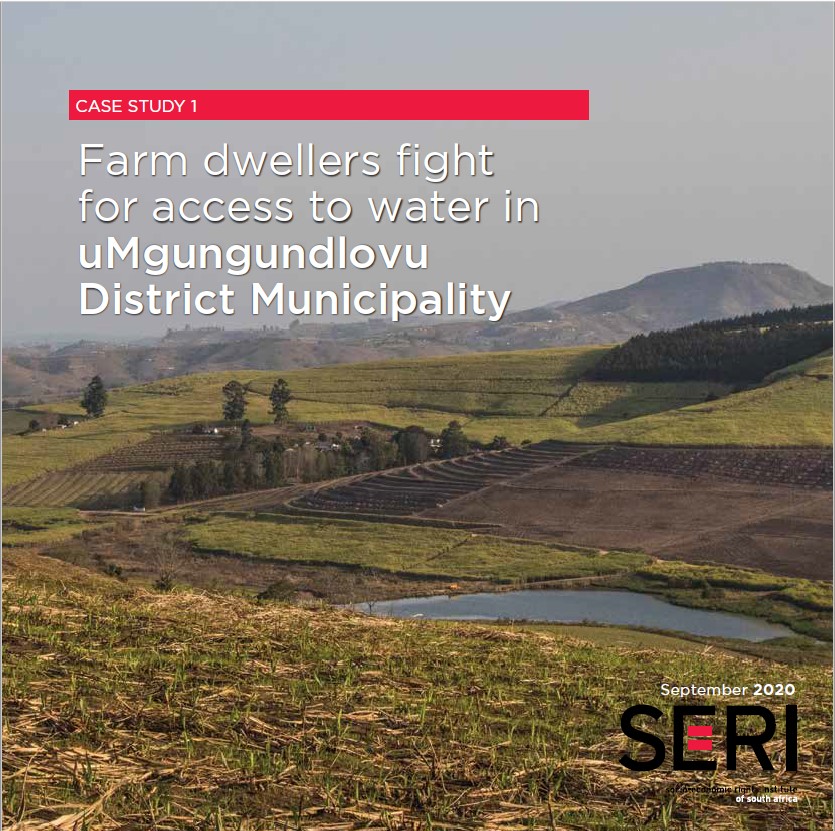 The uMgungundlovu case study is about government providing water services on privately-owned land – a perspective from farms. The uMgungundlovu District Municipality is located in KwaZulu-Natal, South Africa. It comprises several local municipalities including uMsunduzi and uMshwathi, with the provincial capital Pietermaritzburg falling in uMsunduzi.  Much of the region is agricultural and home to many labour tenants and farm dwellers who are particularly vulnerable groups, owing to the long history of land dispossession and labour tenancy in the area.

According to The Institute for Poverty, Land and Agrarian Studies (PLAAS) farms provide homes for approximately 3 million people in South Africa. Many people live on farms but do not work on farms, others work on farms but do not live on those farms, and others both live and work on farms. What distinguishes farm dwellers is that they have historic ties to the land- beyond any labour relations which may exist. Farm dwellers have lived on the land for generations. As one farm dweller put it- “We were here before the farm”.

After the 1913 Native’s Land Act, hundreds of thousands of black people were forcibly removed off farms. Those who were allowed to remain on the land, were allowed to do so in exchange for free labour. This category of people are referred to as labour tenants.

Due to this history of dispossession, farm dwellers remain one of the most vulnerable and isolated populations in South Africa. Farm dwellers have insecure tenure rights and are at risk of eviction. Some farm dwellers also report deplorable living conditions, including insufficient access to adequate water supply, sanitation facilities and refuse collection services.

Many farm dwellers living in uMgungundlovu have reported deplorable living conditions, including insufficient access to adequate water supply, sanitation facilities and refuse collection services. The Association For Rural Advancement (AFRA) has been working with farm dwellers in the area for many years. Their biggest struggle has been that farm owners claim that the provision of water is a municipal responsibility. Municipalities in turn argue that, even if they wanted to, they have no jurisdiction to provide services on privately-owned land. Farm dwellers have thus been stuck between a rock and a hard place. After a long journey of engaging with farm owners and several municipalities, AFRA and farm dwellers in the area, assisted by the Legal Resources Centre (LRC), approached the Pietermaritzburg High Court to claim their rights to water, sanitation and other essential services in the Mshengu case. 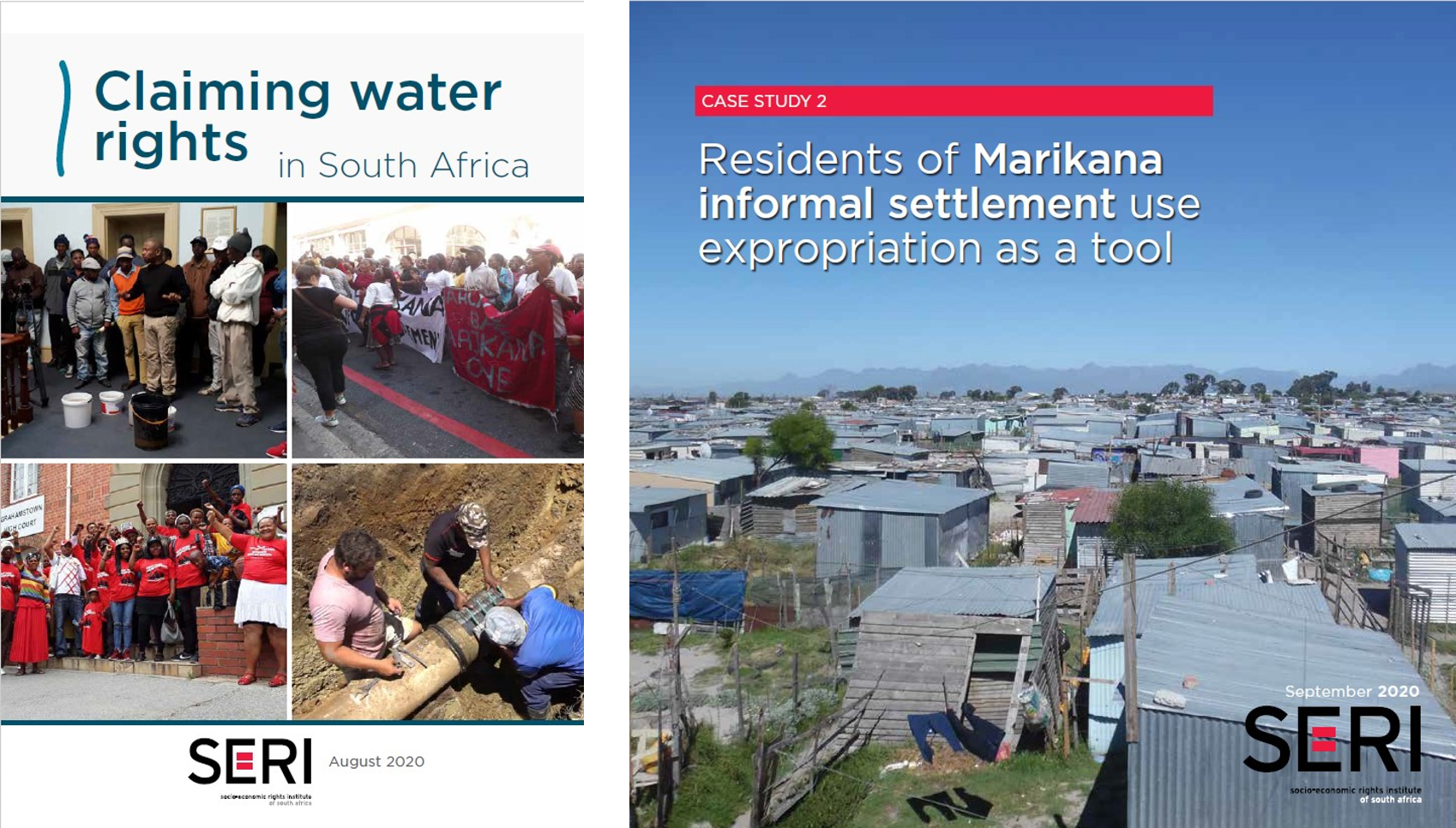