Today, 10 years ago the UN General Assembly recognised water and sanitation as a human right.

It’s been more than 24 years since the South African Constitution was promulgated, which stated clearly that “everyone has the right to have access to sufficient water” (section 27(1)(b)), and placed the obligation squarely on the state to “take reasonable legislative and other measures, within its available resources, to achieve the progressive realisation” (section 27(2)) of the right of access to sufficient water.

In 2010, five years ahead of schedule, South Africa met the Millennium Development Goal (MDG) for water. Approximately 90% of the population had access to safe water despite significant population growth. In six years, 30% more people had access to improved water supply than did at the advent of democracy. This impressive achievement obscured profound inequalities, however, and it was the rural and informal poor who lacked access to safe water then, and who still do.

Today, while more homes have access to basic water supply than in 1994, as a percentage of all homes, fewer households have water now than at the end of apartheid. (National Water and Sanitation Master Plan, DWS 2019).

The poorer, more rural or less formal the home you live in, the less likely you are to have safe, affordable and reliable water services in South Africa. All over the world, the poor pay more for poorer quality, less reliable, water supply. Far from helping people to escape poverty, this entrenches it.

Water inequality mirrors global inequality. Recognising this, the Sustainable Development Goals (SDGs) urge countries to “leave no one behind”. But people are not left behind by accident. Poverty is structural and systemic. Notions of the poor as ‘undocumented’ or ‘undeserving’ are entrenched in popular narratives and influence policy decisions and budget allocations. Stigma and discrimination underlie how resources are allocated and whose rights are recognised, let alone realised. 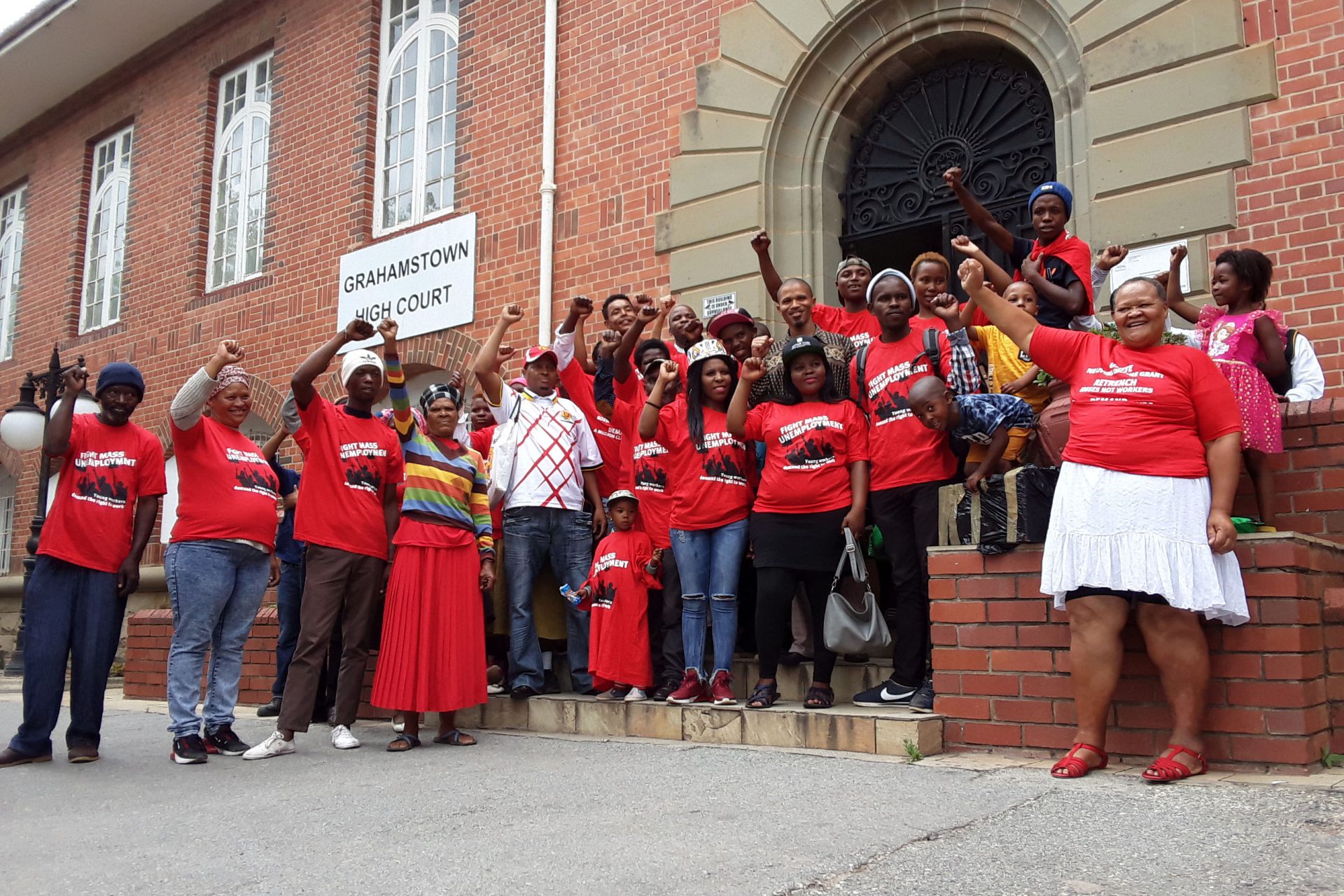 Although water is a justiciable right in South Africa, there is a curious paucity of legal rights mobilisation, with only one court case reaching the Constitutional Court. There is, however, active water rights claiming using a diverse range of invited and invented mobilisation methods. These include all forms of protest, self-supply, persistent engagement with an often unresponsive local, provincial and national government, engagement with human rights institutions, and media and policy advocacy, among the strategies employed.

Little has been documented of these strategies and struggles. In August 2020, SERI, in partnership with End Water Poverty, will launch its research documenting lessons and experiences from water rights claiming by residents and social movements in Makana local municipality in the Eastern Cape province; by residents of the Marikana informal settlement in the City of Cape Town; by an unlikely alliance of individuals in Maluti-a-Phofung local municipality in the Free State province and by farm dwellers in uMgungundlovu district municipality in KwaZulu-Natal.

The research comes at a critical time in South Africa.  Water services provision is characterised by water shortages and water quality problems, often stemming from inadequate investment in infrastructure maintenance and exacerbated by periods of drought and in the context of an alarming breakdown of governance and financial systems in municipalities across the country, deepened by the impact of years of corruption in the water sector.

From this precarious position, the water sector is now also required to expand emergency water services in order to combat the spread of COVID-19. The danger of prioritising short-term high visibility actions at the expense of building resilience is very real, and although it is vital to expand access to water to combat COVID-19, the long-term consequences of budget re-allocation from maintenance of water and sanitation infrastructure in order to fund the COVID-19 response, are very concerning.

We hope that you will join us when we launch the #ClaimYourWaterRights case studies next month, and that these examples of communities working tirelessly over long periods of time to claim their water rights using a variety of different mechanisms will inspire activists and stimulate further research, campaigning and public interest litigation on water rights.