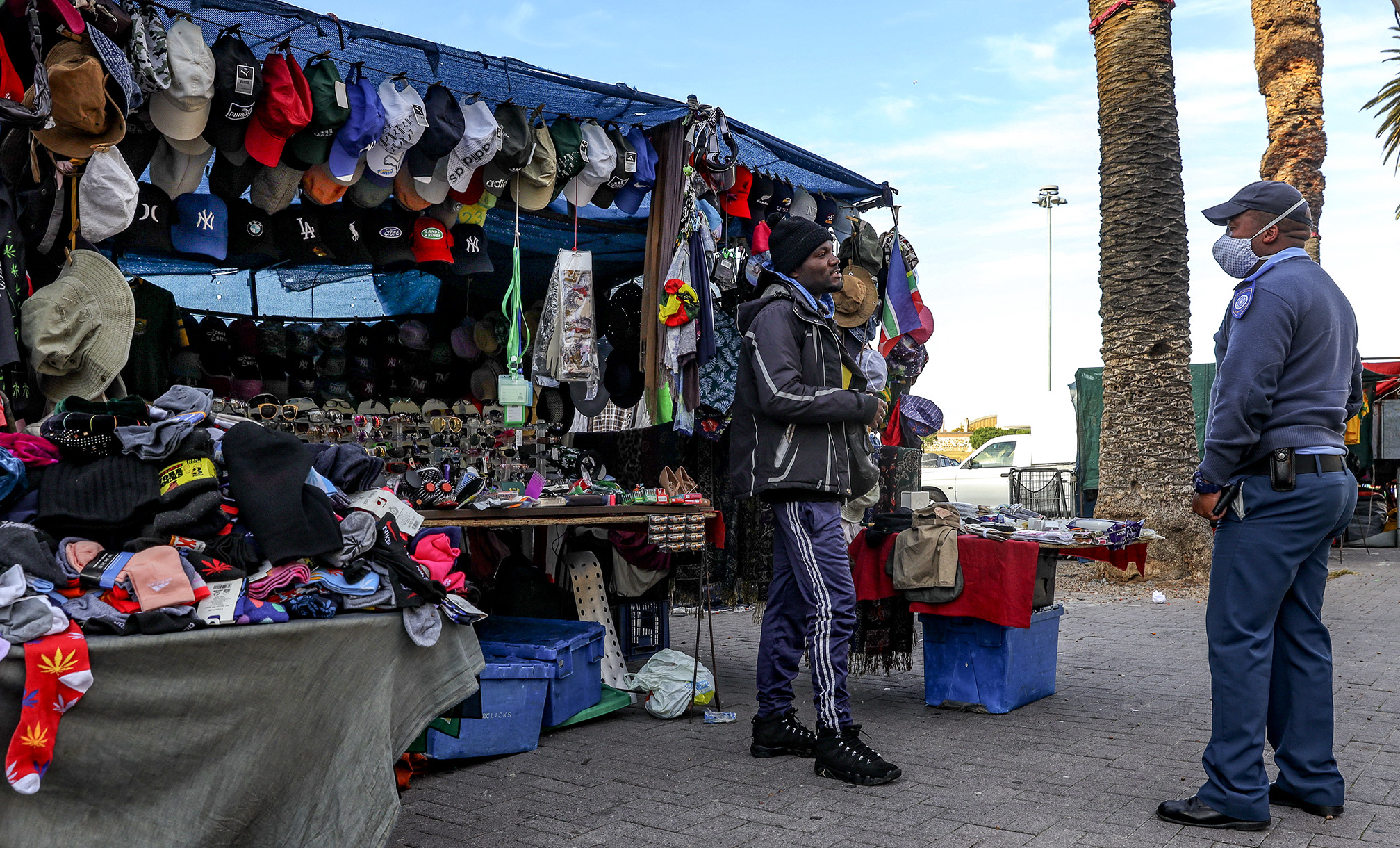 The ‘Making a Living’ theme stems out of SERI’s focus in highlighting the needs and the challenges faced by precarious and informal workers throughout the country. As a country marked by both inequality and poverty, informally earned incomes are often the final barrier between a household and abject poverty. SERI’s work under this theme has been shaped by the work we do alongside partner organisations such as the South African Informal Traders’ Forum (SAITF) and the African Reclaimers’ Organisation (ARO).

Informal traders and waste reclaimers operate in distinctly individual and separate forms of trade, with industry-specific needs and challenges. The common challenge between both trades is the lack of recognition and abuse by authority, which has only been exacerbated by the pandemic.

Challenges faced by traders and waste pickers as a result of the lockdown:

Informal traders and waste reclaimers are some of the most vulnerable informal workers and have been among the hardest hit by the lockdown and the consequential restrictions on movement and trade. When the initial lockdown directions were issued, traders and reclaimers were not included or considered. The fact that many traders (who did not trade in essential goods and services) and reclaimers were prevented from trading for a period of 21 and then again for an additional 14 days upon the lockdown extension, meant that they were instantly deprived of more than a month’s worth of access to essential income. Already constituting some of the most zealously over-policed sectors, the lockdown regulations served to expedite the isolation of and further disenfranchise some of the country’s most vulnerable households.

On a more nuanced level, the challenges faced by informal traders and waste reclaimers begin to diverge. ‘Informal traders’ is an umbrella term to describe vastly different types of traders. There are street vendors, traders who operate stalls in various CBD’s around the country, and retail market traders. This list describes traders who exist at different levels of formality, with street traders being on the side of extreme informality, while retail market traders often find themselves a stone throw away from being a registered and recognised small businesses. Realistically, most traders find themselves meandering between these two extremes depending on the amount of income they are able to generate over any given period of time.  The failure of national government in recognising that more than one form of trader exists often creates cumbersome challenges for traders who attempt to assert their rights to trade. Added to this, is the fact that the national regulations vested the powers in issuing traders with permits and engaging with traders during the pandemic, entirely in the hands and the discretion of the municipalities. The lack of a unified approach from national government placed an unfair burden on traders to enforce their rights in municipalities who displayed clearly biased attitudes in dealing with traders. 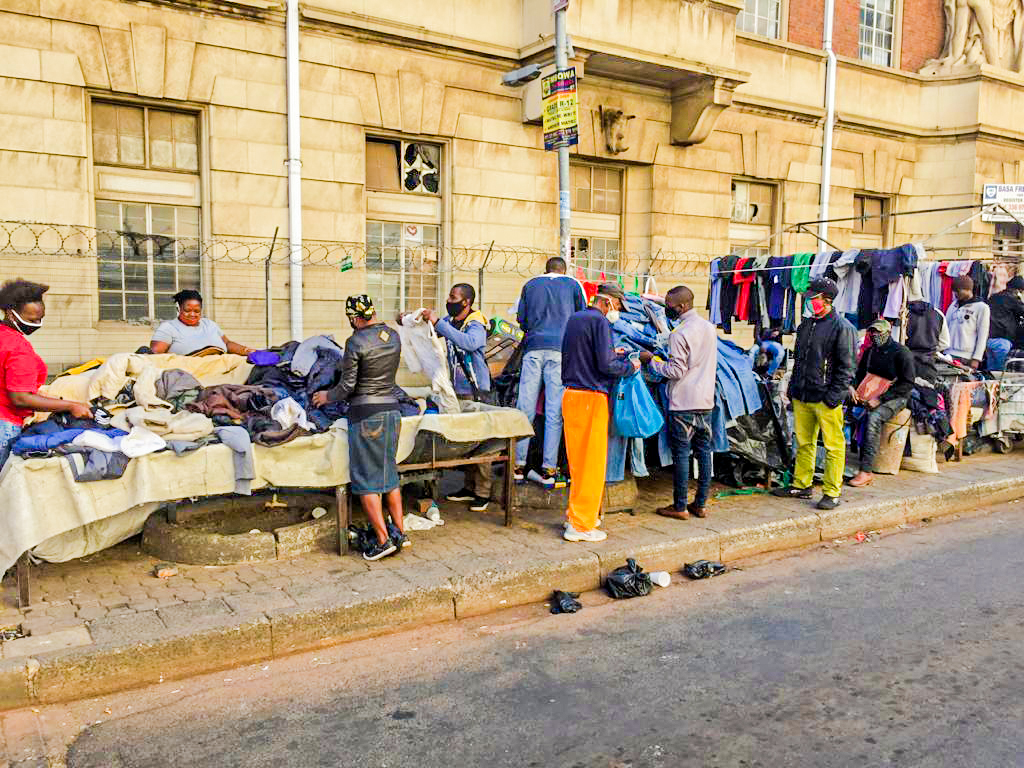 >> Watch this video detailing the devastating effect of the lockdown on informal traders' livelihoods.

During the lockdown SERI’s intervention has predominately focused on retail market traders in the eThekwini Municipality as well as the rights of traders in the Johannesburg inner-City. Retail market traders were facing difficulties around the fact that the municipalities failed to open and facilitate trading under the lockdown despite the regulations permitting it. The eThekwini Municipality provided a clear example of municipalities who, despite the regulations permitting trade, have no intention of implementing the regulations as a result of their own biases and misgiving regarding traders. Working with SAITF, SERI intervened in pressuring the municipality to not only open the retail markets it owned, but to allow traders, who traded in essential goods and services to do so safely, with the correct health and safety measures put in place prior to opening. SERI’s role in this instance, was not only to advocate for the rights of traders in the municipality but re-iterate the duty of local government to assist and protect the vested interests of all its residents, patrons and entrepreneurs. 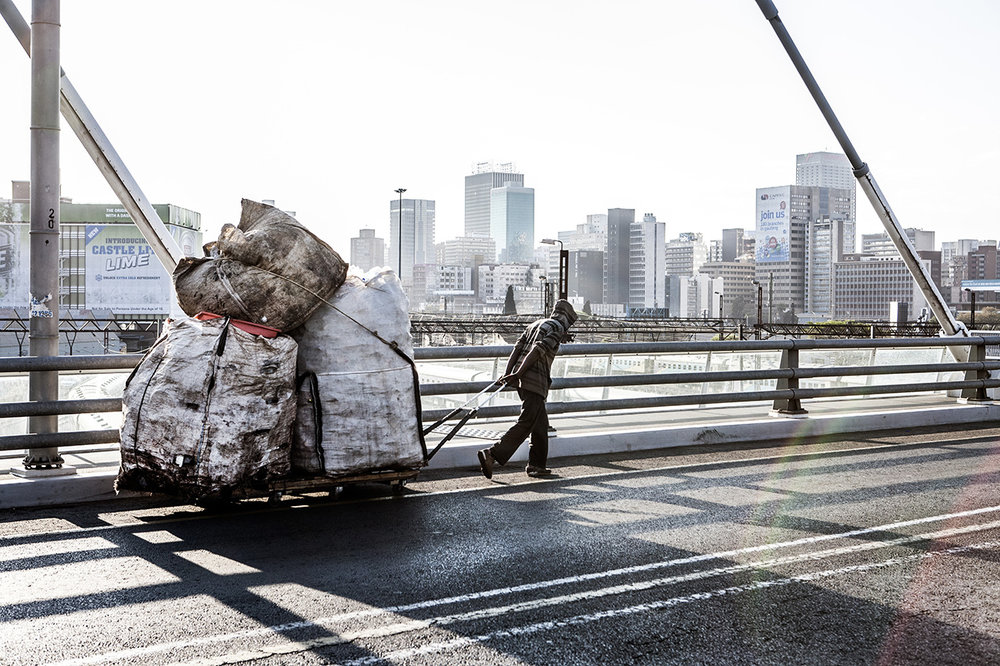 In Johannesburg, traders found themselves similarly struggling to get back on the streets. Even though lockdown trading permits were issued to traders relatively early in the lockdown process, traders found themselves on the receiving end of maladministration and constant threats of forced closures by both City officials and JMPD officers. The most detrimental instance of this was the fact the City of Johannesburg, without warning, or providing a reason, stopped issuing permits to traders. As a result of this, many traders were abandoned by the City with no indication as to when they would be able to join other traders in resuming work. SERI’s interventions in these circumstances, were through demanding the re-issuing of permits and protecting traders from undue threats of forced closures and other third-party interferences.

SERI convenes the informal traders and spazas workstream of the Food Working Group of the C19 Coalition, which set out Proposals on Informal Food System: Traders, Street Vendors & Spazas on 21 April 2020 to help define an advocacy agenda. In May, SERI, together with the Centre for Applied Legal Studies (CALS), Women in Informal Employment: Globalizing and Organizing (WIEGO) and Asiye eTafuleni published a report compiled for “Informal food system: Vendors, Street vendors & spazas” work stream of the C19 People’s Coalition Food Working Group. This report provides a snapshot of the experience of Food Vendors during lockdown in the City of Johannesburg, eThekwini and the City of Cape Town.

As the regulations have allowed street vendors to trade in food products, the advocacy terrain has shifted from informal food proposals to tackling the harassment, unlawful confiscation and arrest that informal traders and waste reclaimer encounter at the hands of ill-informed law enforcement officials. The informal trades and spazas workstream has therefore shifted its focus to the C19 Anti Repression Working group.

Reclaimers faced the dire consequences of being prevented from working under level 5, despite the fact that waste removal was listed as an essential service under the first 21 day lockdown regulations. Working with the C19 People’s Coalition, SERI made recommendations to the Department of Environment Forestry and Fisheries for the inclusion of waste reclaimers as essential service providers. SERI also recommended that buy back centres be allowed to resume in order to allow reclaimers to sell the material they collect.

During level 4, reclaimers were allowed to work, provided that they operated at 50% capacity. This provision emphasises the fact that government does not engage and respond to the realities of the lives of waste reclaimers. Reclaimers may exist in large numbers across the country, but they are, entrepreneurs. There is no existing body which regulates and oversees the operations of individual reclaimers. Their autonomy is a vital part of their work and failing to recognise this only further alienated reclaimers from formalised society. This also made them even more vulnerable to brutality at the hands of SANDF and police officials, and there have been reported cases for reclaimers being arrested while working during level 4. It is not possible to determine what 50% of an undefined number of entrepreneurs would look like, or how they would operate. The lockdown highlighted the damaging consequences of government’s persistence of deprioritising the informal sector. SERI has continued to provide legal advice to the reclaimers as they resume services.

State response and the challenges it created for both groups: 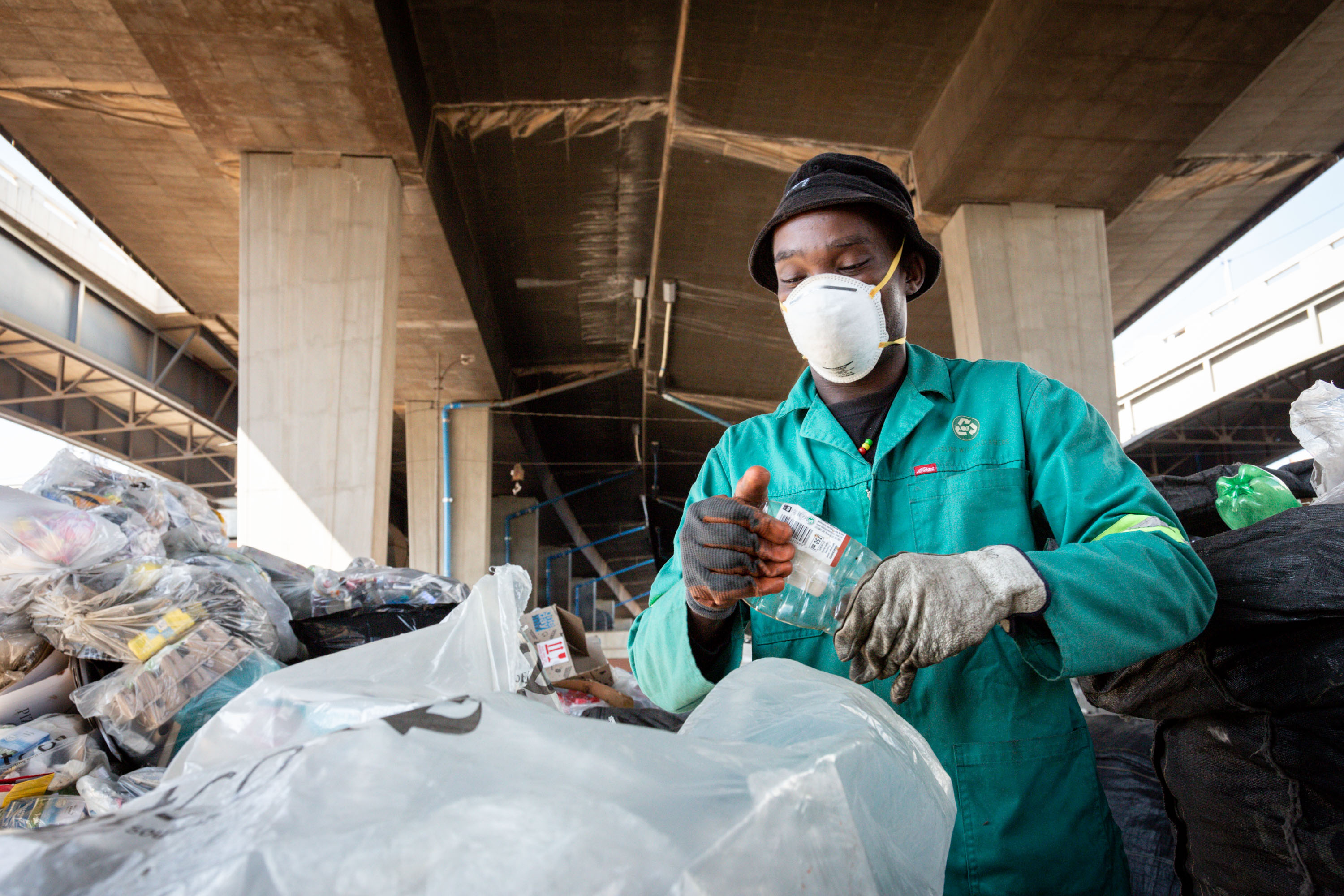 The COVID 19 state response failed to engage with the needs and realities of the most socio-economically vulnerable and politically disenfranchised people living in South Africa. The ineffectiveness applies to both informal traders and waste reclaimers and are the result of two important factors. The first contributing factor, is the fact that all of the state funding options were only made applicable to formalised and registered companies. While speeches made by the President, made specific mention of reclaimers and informal traders, these promises were never realised and as a result, there were no funding options that catered to the needs of informality and therefore entirely excluded the informal traders and reclaimers from receiving any relief. Additionally, when measures were taken they were often done with no regard of the informal economy.  A perfect example lies in the option of prepared food, which was initially allowed only if it could be accessed through a delivery service. Selling cooked food is a fundamental tenant of informal trade and the proviso of requiring a delivery service subverted the entire informal economy indirectly. The fact that the option for the collection of food was added later, indicates that its exclusion was not necessary and even less so justifiable as countless households who depend on the sale of food were prevented from earning an income unnecessarily.   It becomes important to note here, that all of the negative consequences of the lockdown and the state response, had a compounded impact on the lives of undocumented foreign nationals, who make up a significant portion of the informal sector’s work force.

Why has it not been effective?

The response to COVID-19 from the State has highlighted and in some instances, exacerbated the issues faced by precarious workers and informal traders. At the forefront of the problems created by the state response, is the failure of government to recognize informal workers as valuable entrepreneurs who provide goods and services to some of the lowest income-earning households, and therefore play a vital role in curbing abject poverty for a significant portion of the country. This lack of recognition manifests itself in the systematic failure of government to integrate informal services in the way the South African cities operate. Waste reclaimers and informal traders provide essential goods and services, such as providing affordable access to food and increasing recycling which saves the state millions in landfill space. Yet, calls for government to support and integrate these entrepreneurs have repeatedly been met with aggressive apprehension. The COVID-19 pandemic has highlighted in new and profound ways, that the failure of government to recognise informal economies will only undermine the rights of the poor in South Africa and make them more vulnerable to calamities such as this novel pandemic.