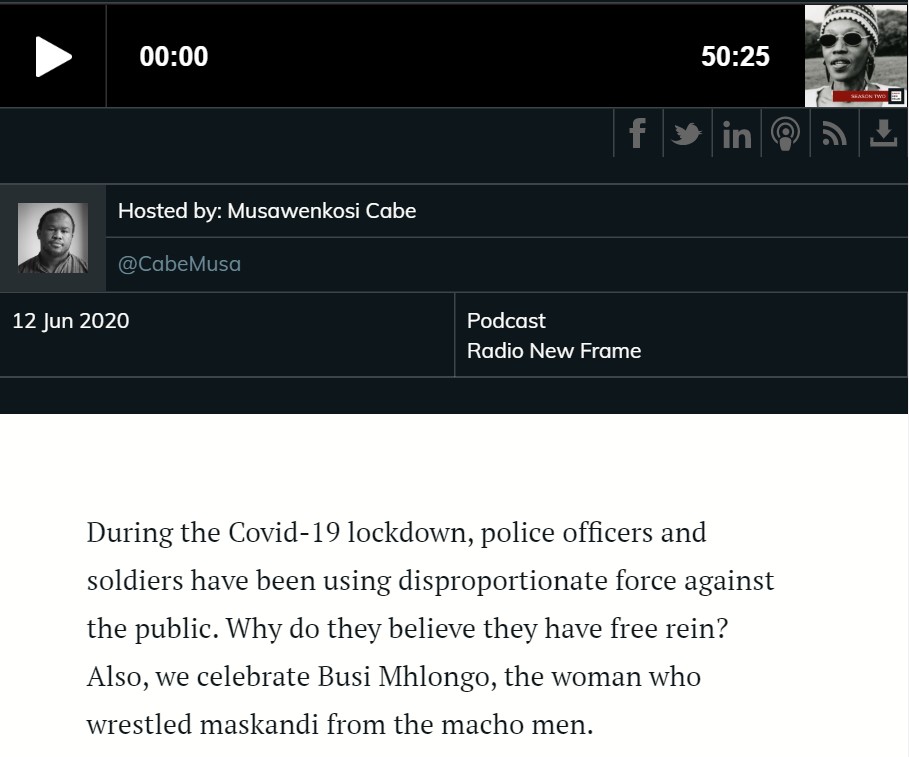 On 12 June 2020, SERI researcher Thato Masiangoako spoke to New Frame's Musawenkosi Cabe for a podcast episode about police brutality for Radio New Frame. In the podcast, Masiangoako and Cabe discussed the excessive use of force by law enforcement during the nationwide lockdown instituted in terms of the Disaster Management Act, 2002. In the discussion, the nature of abuses witnessed during the lockdown were analysed in relation to other examples of police violence post-1994.

In the podcast, Masiangoako and Cabe also discussed why the South African public's outrage at the death of George Floyd in the United States helped to draw attention to local incidents police brutality and why it was a catalyst for South Africa's government to finally address the issue publically.