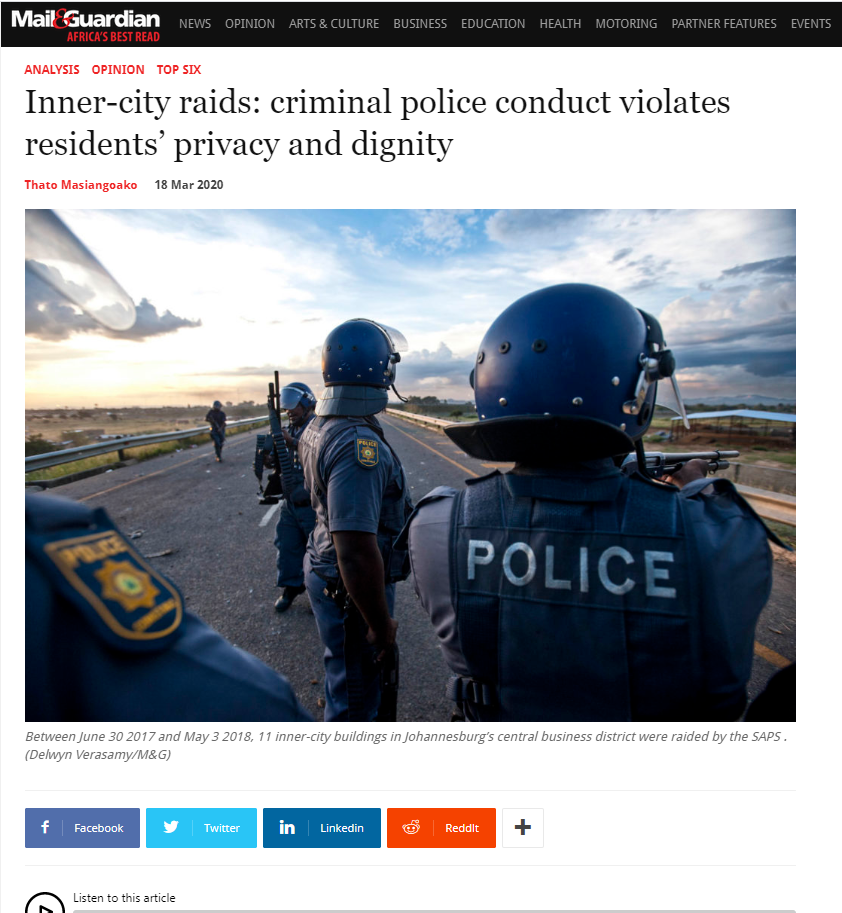 On 18 March 2020, the Mail & Guardian published an article written by SERI researcher Thato Masiangoako about the harm caused by the inner city raids and the illegal conduct of officials during the raids. These raids were conducted at the behest of the then-minister of police, Fikile Mbalula, and the then-mayor of Johannesburg, Herman Mashaba. Between 30 June 2017 and 3 May 2018, 11 inner-city buildings were raided more than 20 times, with some being raided as many as five times in 10 months.

The residents of these buildings, represented by SERI, are challenging the constitutionality of section 13(7) of the South African Police Services Act, and the grounds on which these raids were conducted. On 16 March 2020, the matter was heard before a full Bench of the High Court in Johannesburg. Judgment was reserved.

The op-ed argues that the piece of legislation relied on to conduct the raids (section 13(7) of the SAPS Act) was used to justify a violation of the residents’ constitutional rights to privacy and dignity as part of a project that envisions Johannesburg as a city that belongs to some to the exclusion of others.

Masiangoako writes: "the presumed criminality of those people who are policed and the criminal conduct of the police who raided their homes shines a light on the crisis in policing in South Africa".