[ADVOCACY] SERI takes part in a colloquium on the right to protest (28 November 2019). 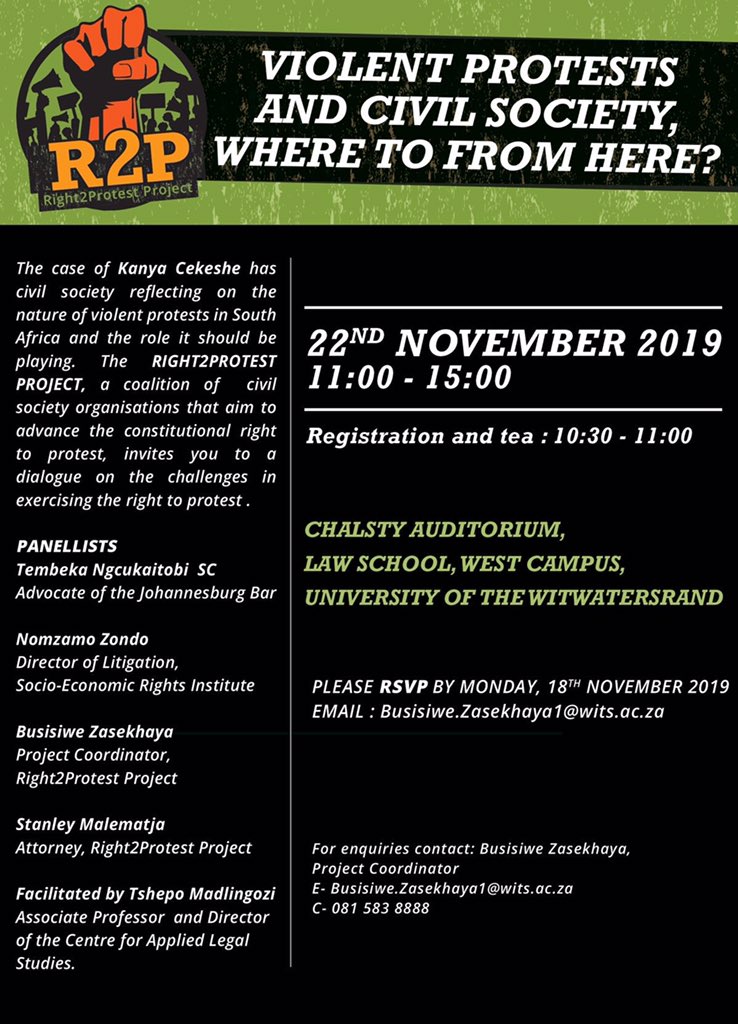 On Friday 22 November, SERI director of litigation Nomzamo Zondo participated in a panel discussion entitled, “Violent Protest and Civil Society, Where to From Here?” hosted by the Right2Protest Project. The event was held at the University of the Witwatersrand’s Chalsty Auditorium. The purpose of the panel discussion was to reflect on the challenges to the right to protest, the nature of violent protest in South Africa and to explore what role civil society should be playing. The event was attended by approximately 60 people.

In her presentation, Nomzamo reflected on protest in light of SERI’s work in a number of cases including defending a group of 12 women from Colenso, KwaZulu-Natal who were arrested and detained while trying to engage their local municipality on community concerns; student activist Yolanda Dyantyi on matters concerning her participation in anti-rape protests at Rhodes University and on the events surrounding the Marikana massacre. The panelists all spoke about the misconceptions around protest in South Africa especially the notion that all protests are violent and a lack of acknowledgment of police brutality and violence in protests.