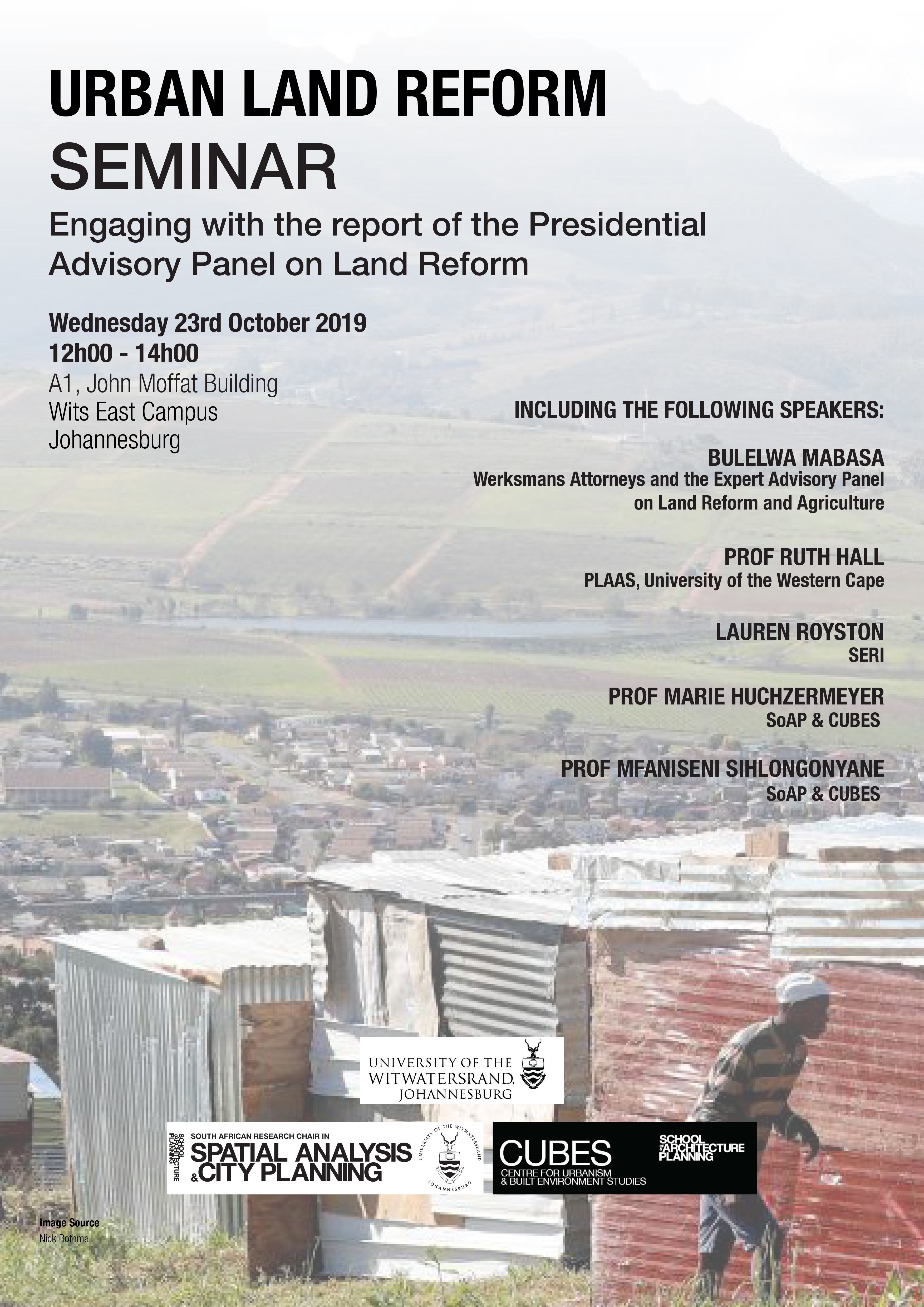 The speakers focused on the question of urban land reform within the context of the Final Report by the Expert Advisory Panel and on the broader questions surrounding urban land reform. Royston stressed that the meaning of section 25(5) of the constitution has yet to be interpreted judicially and that a land redistribution law would be required to give effect to this section in both urban and rural contexts. She further discussed recommendations on urban land redistribution and tenure reform contained in two forthcoming papers, and the importance of not pathologising or criminalising “off-register” use of land, but rather thinking beyond the individual register title framework to allow for tenure diversity and tenures security on a continuum.

The seminar was hosted by the South African Research Chair on Spatial Analysis and City Planning, the Center for Urban and Built Environment Studies (CUBES) at Wits University.