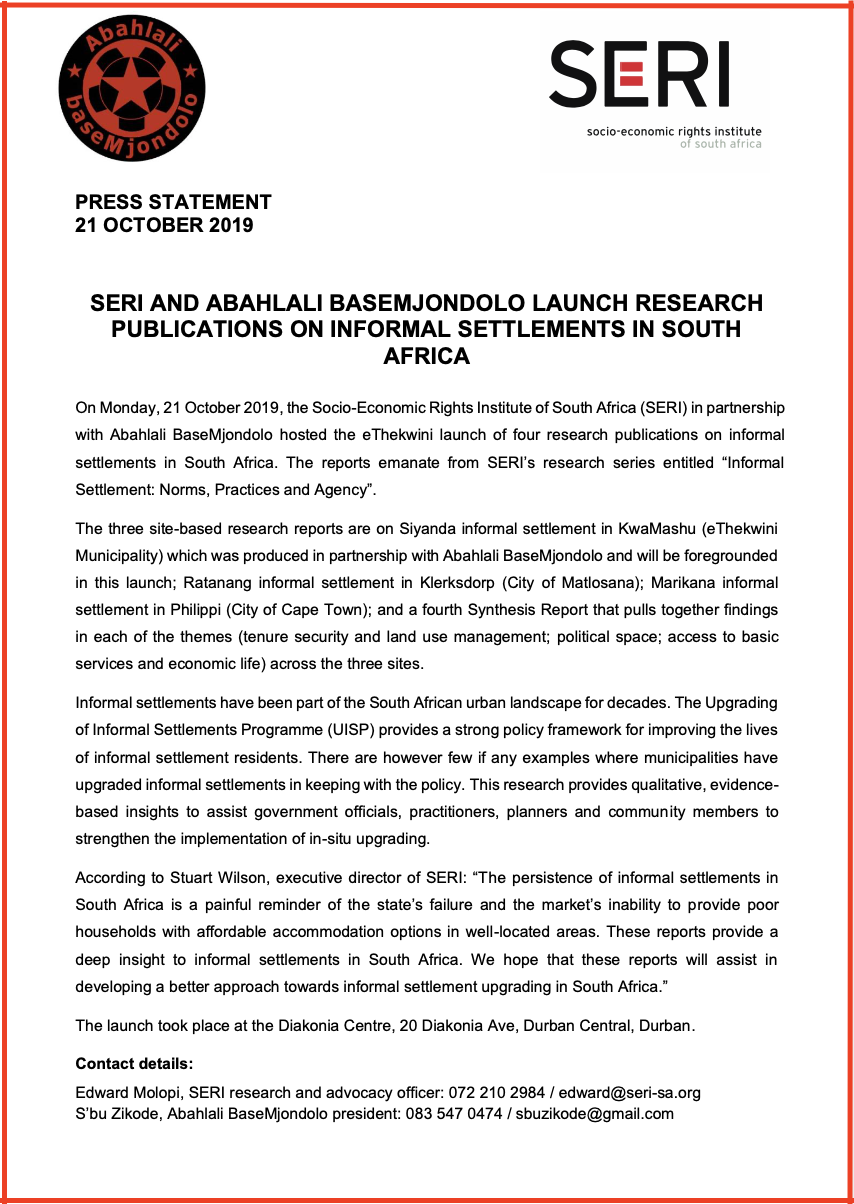 Informal settlements have been part of the South African urban landscape for decades. The Upgrading of Informal Settlements Programme (UISP) provides a strong policy framework for improving the lives of informal settlement residents. There are however few if any examples where municipalities have upgraded informal settlements in keeping with the policy. This research provides qualitative, evidence-based insights to assist government officials, practitioners, planners and community members to strengthen the implementation of in-situ upgrading.