[OP-ED] Not much in minimum wage for vulnerable women to celebrate, writes SERI's Kelebogile Khunou and Izwi's Amy Tekkie (27 August 2019). 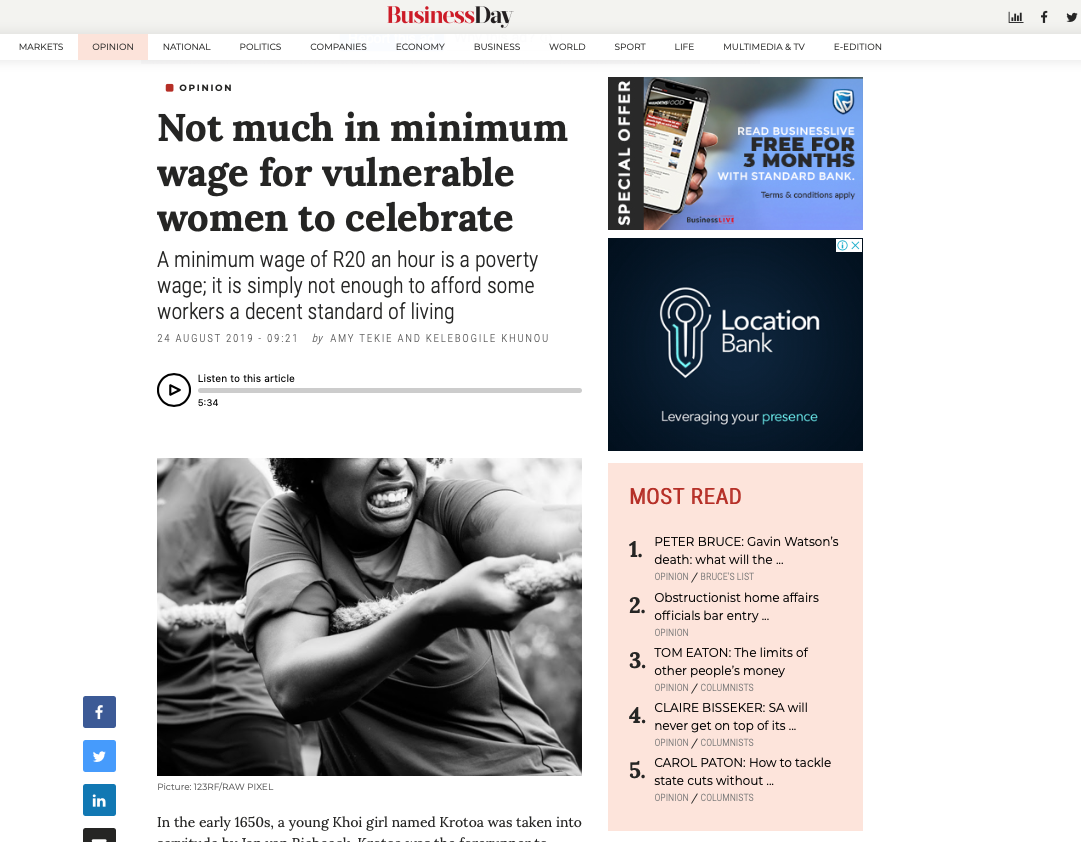 On Saturday, 24 August 2018, the Business Day published a co-written article by Izwi Domestic Workers Alliance’s Amy Tekie and SERI’s Kelebogile Khunou on the plight of domestic workers and farm workers in South Africa. The op-ed makes an argument for farm workers and domestic workers to be paid the minimum wage and further helps employers understand the difference between a minimum and a living wage.

“Farm workers and domestic workers are widely recognised as two of the most vulnerable occupational groups in the country. Despite attempts by the South African government to provide legal protections, little has changed for many farm and domestic workers who work in intolerable conditions with low wages and no formal terms of employment”, they write.

This Women’s Month, a coalition of civil society organisations and labour unions introduced the One Wage Campaign, calling for the inclusion of farm workers, domestic workers and Expanded Public Works Programme (EPWP) employees in the R20 per hour minimum wage. The op-ed also draws attention to this campaign.

To learn more about alivingwage, see Open Up’s Living Wage Calculator. Designed in conversation with domestic workers, it breaks down the costs of basic needs of domestic workers and their families and suggests to employers a fair wage.