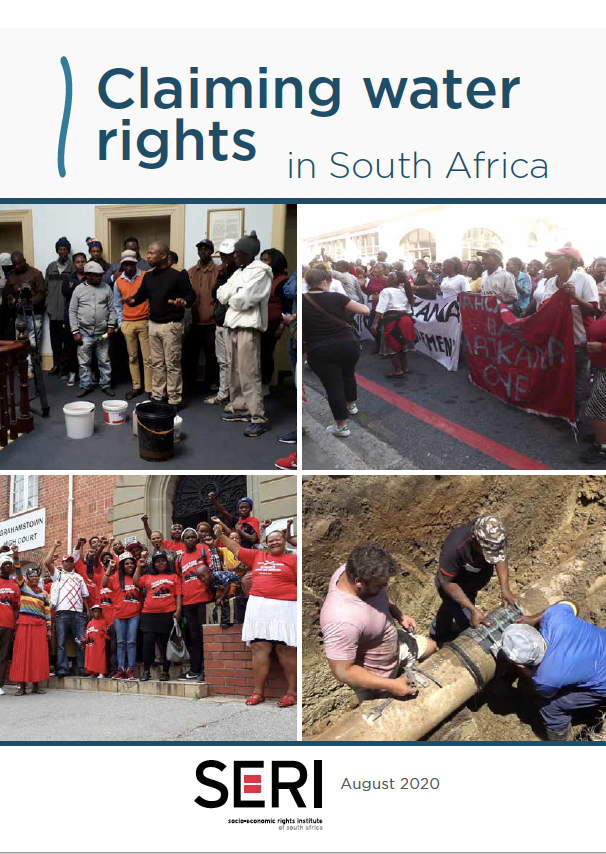 The research examines how water rights are being claimed in South Africa, with a view to drawing lessons from the work of communities and civil society organisations in a diverse range of circumstances. This series analyses the legal and practical issues in water rights claiming. It consists of four case study reports and a synthesis report. The research was conducted in the first half of 2020 just as COVID-19 began to spread in South Africa. Access to water emerged early as integral to combatting the virus, as frequent handwashing is one of the key preventative measures. While the full extent of the impact of COVID-19 on water services in South Africa is still unfolding, the report offers some preliminary observations on this relationship. 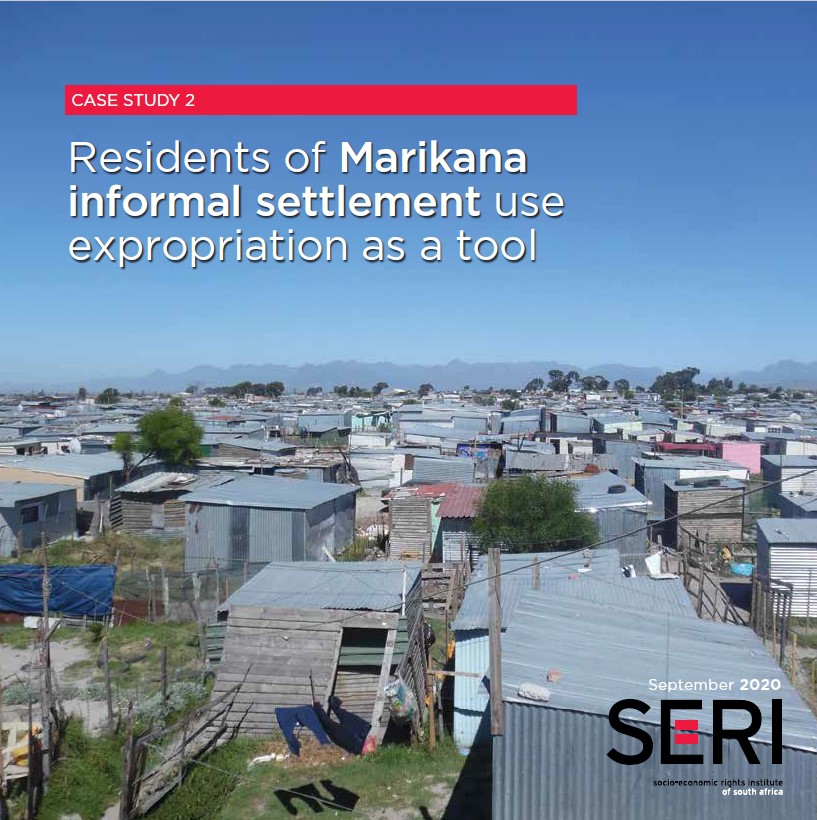 Today, SERI launched the synthesis report and the first case study focusing on the Marikana informal settlement. This case study of the Marikana informal settlement is the second of four case studies. It illustrates how expropriation in terms of the Housing Act 107 of 1997 (the Housing Act) can be utilised as a tool to widen access to urban land for poor people and to provide them with services. The Marikana informal settlement in Cape Town is home to over 60 000 people. For years, the residents of Marikana have persistently and innovatively engaged in a diversity of strategies to improve their living conditions. These strategies have included community mobilisation, engagement with the authorities, protest, self-supply, and ultimately, precedent-setting litigation in the Fischer case which is the first case in South Africa to examine the possibilities of expropriation in terms of the Housing Act.